Having adventures and coming up with insane ideas

Dylan (Most of the time)

Dolly is the main female character and one of the two main characters from 101 Dalmatian Street of the 101 Dalmatians franchises.

She is voiced by Michaela Dietz, who played Riff in Barney and voices Amethyst in Steven Universe.

Dolly has long ears with three black dots under each eye. She also wears three collars instead of just one around neck.

Dolly is the most irresponsible of the Dalmatian siblings and is all about being wild and having fun. She is shown to be fearless, feisty, nice, friendly, chaotic, noisy, funny and tough. She doesn't take things too seriously. However she still intends on protecting and helping her family including Dylan.

In the series, Dolly, along with her stepbrother Dylan, is tasked by her father Doug and stepmother Delilah to look after their 97 younger siblings whilst they are out working.

When not babysitting, Dolly usually spends her time skateboarding or hanging out with her two best friends, Roxy and Snowball.

Dolly has had two love interests in the series so far. The first was a husky named Hansel. She gets his attention by claiming to have wrote a poem. However when it is revealed that Dylan actually wrote the poem, Hansel becomes interested in Dylan instead. Dolly's second love interest was a doberman named Spike, whom she met in the episode "A Summer to Remember" whilst on a family holiday to Cornwall. The pair share a brief romance before Dolly has to return to London but not before getting a goodbye lick from Spike.

Dylan is Dolly's half-brother. Although he is not blood related, the two have a typical sibling relationship, they often bicker all the time or have very different ideas about how to deal with their younger siblings. But in the end,Dylan and Dolly have a very strong relationship, caring for each other and they work together to face against much worse rivals than each other.

Doug is Dolly's father. They have a good relationship although their personalities are quite different from each other.

Delilah is the Dolly's step-mother. Despite the unrelated relationship, Dolly still calls Delilah "mom" and Delilah considers Dolly like her daughter. During "Girls' Day Out" Dolly spent months planning the perfect Mother's Day for Delilah but things took a turn for the worse when Delilah smelled the orchids that Dolly had plucked for her while forgetting that her mother-in-law was allergic to them. Delilah coldly berated Dolly for believing this was a bad joke on her part and making matters worse by saying that she wished Dolly was more like Dylan. Shocked, Dolly angrily admitted that she had gone hard for Delilah and sarcastically wished her "Happy Mother Day". Delilah then tried to apologize but Dolly didn't want to listen to her anymore. Their relationship recovers in the Animal Spa after Delilah comes to Dolly's defense when Clarissa heckles her. Dolly thanked her and Delilah said no one had the right to make fun of her "girl".

Dolly is responsible for looking after her younger biological and foster siblings with Dylan. She knows absolutely all the trigger words to make them react.

Roxy is the Dolly's best friend.

Although Fergus is primarily Dylan's best friend, Fox and Dolly get along very well largely for their mutual love for adventure and the sport.

Hansel is the first Dolly's crush. The husky is unaware of Dolly's feelings for him.

Dolly and Spike met over summer vacation and all hooked up with each other straight away but it didn't last long as they had to go their separate ways when the dalmatians returned home, although they both hope to see each other very soon.

Unlike Hansel, Dolly's feelings towards Spike are much more symbiotic.

Although Clarissa is largely an enemy of the whole family, Dolly is the one who dislikes the snobbish and arrogant corgi the most and therefore Clarissa is her sworn enemy.

Hunter is Dolly's (and Dylan's) arch-nemesis , he is a young kid who pretended to be her brother's friend, just to gain his trust to let him in the house to kidnap their family, but she and Dylan defeated him and has sworn revenge on them.

Cruella de Vil is the mortal enemy of the entire Dolly's family. 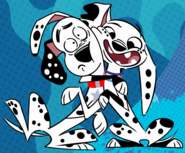 Dolly and her stepbrother Dylan 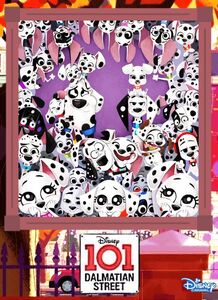 Dolly and her family 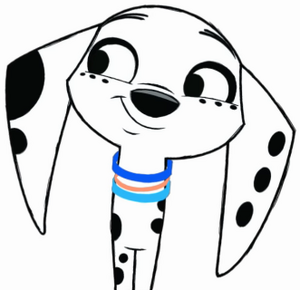 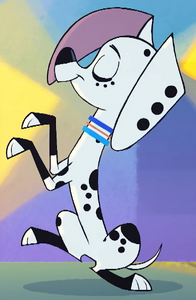 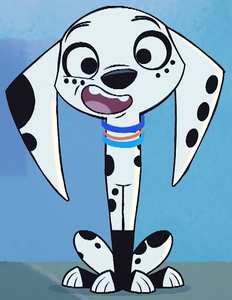 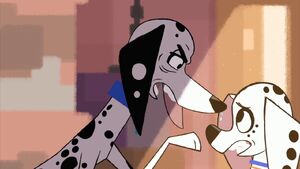 Delilah scolding Dolly, thinking she was pulling a prank on her on her only day off, but she wasn't. 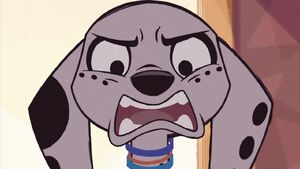 Dolly's breakdown as Dolly is heartbroken and completely enraged by Delilah's hurtful words, saying why couldn't she be more like Dylan, after all the hard work she planned for her, for mother's day. 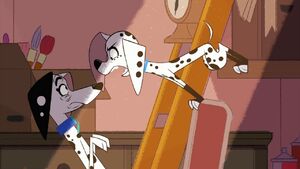 Dolly ragefully yells at her mom, sarcastically saying "Happy Mother's Day" to her. 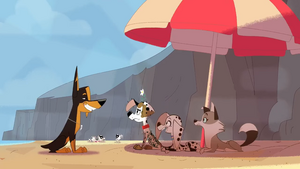 Dolly with her brother Dylan, her holiday love interest Spike and Summer 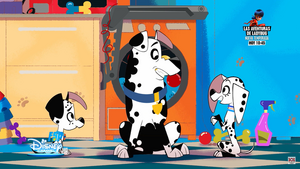 Dolly with her father Doug and brother Dawkins 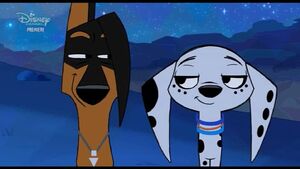 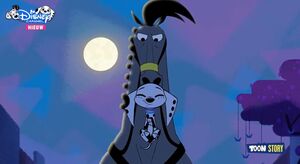 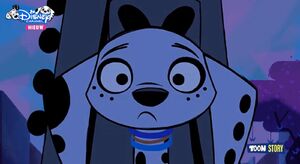 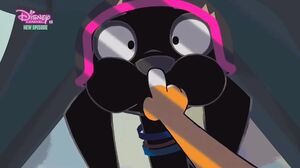 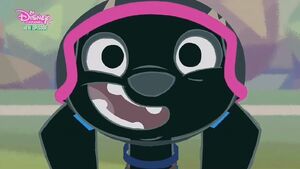 Retrieved from "https://hero.fandom.com/wiki/Dolly_(101_Dalmatian_Street)?oldid=2128257"
Community content is available under CC-BY-SA unless otherwise noted.