Boasting about his genius intelligence, caring for Adam, Bree and Chase, building things

Related to Villain / Arrogant Scientist
Donald Davenport commonly known as Mr. Davenport or Big D is the step-father of Leo and is husband to Tasha Davenport and the uncle and adoptive father of Adam, Bree and Chase and the older brother of Douglas Davenport. He is the tritagonist of Lab Rats.

Donald was portrayed by Hal Sparks.

Born in Centium City, Donald Davenport had humble beginnings, but is a talented genius who built Davenport Industries out of nothing. A major part of his research was bionic technology for robots to do jobs too dangerous for humans. However, he later discovered his younger brother, Douglas, wanted to apply bionics to human beings, and that he genetically engineered three bionic superhumans. Realizing that his brother wanted to use them for evil purposes, Donald stole them away from him, and began to raise them in a safe environment and train them to become heroes. Afterwards, he encountred his brother again and Marcus, Douglas's android son, forcing him to reveal to the Lab Rats the truth about their origins. Donald later ran afoul of Victor Krane, Douglas's former partner, and S-1, Krane's lead soldier who revealed the Lab Rats' secret. Donald later discovered Krane had an entire army of bionic super soldiers. After defeating Krane and his soldiers during the Bionic War, he took the soldiers in and founded the Davenport Bionic Academy. Donald eventually ran afoul of Giselle Vickers, a robotics executive who sought to eliminate the Lab Rats and bionic soldiers, and his resurrected android nephew, Marcus. Donald later created a new bionic upgrade that led the soldiers to almost instantly master their abilities.

At some point after Giselle and Marcus were defeated, Kaz, Oliver, and Skylar contacted Davenport to aid them in tracking down the villains who destroyed Mighty Med by using his technology. Because of this, and the students' progress, he left Adam and Leo in charge of helping the soldiers transition into their new lives, while Davenport decided to develop a new team, which Chase and Bree agreed to join. For the first time ever, Donald wanted to create a new team that included young superheroes. Kaz, Oliver, and Skylar would be the first superheroes among their ranks. However, he had to go on parental leave to prepare for Naomi's birth.

Donald commonly appears eccentric, over the top, childish, arrogant, and has a really large ego. He is well aware of his large ego, however, but thinks he has every right to have one. Although arrogant, Donald is a genuinely nice person, who strongly cares about others and has a strict moral constitution, something he's implemented on Adam, Bree and Chase, it being him who raised them. Although he raised them, Donald's relationship is closer to an employer and employees than a father to his children, despite this he cares deeply about them, and will rush to their aid when ever they are in trouble. Although eccentric and at times wacky, Donald also knows when its time to be responsible and mature, and will always be ready for emergencies (not that he doesn't panic). Donald's arrogance can at times work against him, as he can be overly confident and unwilling to admit his failings. He's also always ready to remind others of the severity of the situation and the bigger picture. Although at times he can be uncaring, selfish, and greedy, Donald is also genuinely nice and a kindhearted man, who loves his wife, Tasha, and cares deeply for Leo, seeing him as a son. Despite his childish, egocentric personality, Donald always puts his family as his top priority. 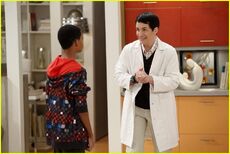 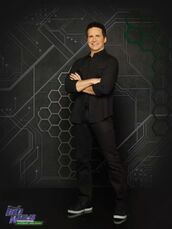 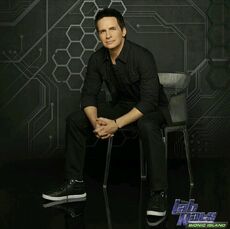 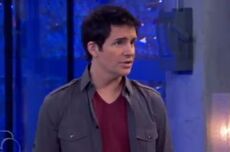 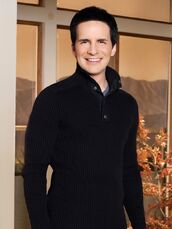 Add a photo to this gallery
Retrieved from "https://hero.fandom.com/wiki/Donald_Davenport?oldid=1953675"
Community content is available under CC-BY-SA unless otherwise noted.