Rescue his father from captivity, and defeat Mario (succeeded)

Help his father kidnap Pauline to get revenge on Mario for defeating him (failed, abandoned)

Donkey Kong Jr. (sometimes referred to as DK Jr. or just Junior) is the titular protagonist of the video game of the same name. He is the son of the original Donkey Kong and the implied father of the current Donkey Kong.

In Donkey Kong for the Game Boy, he helps his father kidnap Pauline again and to beat Mario but is later redeemed.

Donkey Kong Jr. appears in Punch Out! (arcade) and Super Punch Out! in the audience.

Donkey Kong Jr. appears as a ace-ranked primary grab-type spirit that gave the user strong throw. His spirt battle is against Donkey Kong and a giant Donkey Kong with increased throws powers on Kongo Jungle. Only the normal-sized Donkey Kong need to be defeated to win. 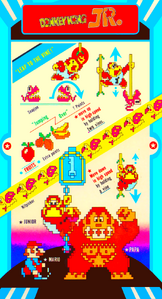 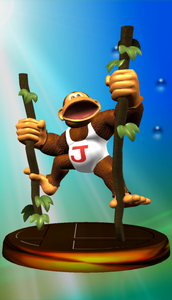 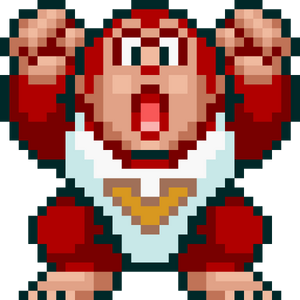 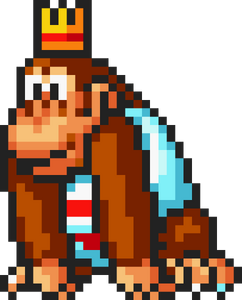