Abundant physical energy
Knows how to use various kinds of futuristic tools, gadgets, and playthings from a future department store

Dorami is Doraemon's sister who is younger than he is. Strangely enough, they are siblings due to the fact that they shared half of the oil from a can. She lives in the 22nd-century Tokyo with Sewashi, Nobita's great-great-grandson. She is yellow and has a large red bow to resemble nonexistant ears. She likes to eat melonpan and is afraid of cockroaches. She is also shown to be a more advanced robot than Doraemon (Dorami is able to produce 10,000 horse power, in comparison to Doraemon's 129.3). She sometimes visits Nobita with a time machine when Doraemon is "off-duty" or to help Doraemon with something. She also has her own spin-off manga. She functions as a housekeeping robot.

She is voiced by Keiko Yokozawa in the 1979 Japanese dub and Chiaki Fujimoto in the 2005 Japanese dub. Dorami's Birthday is on the 2nd December, making her a Sagittarius.

Dorami is cobalt yellow in color and has ears a large red bow and her tail replacing her nonexistant ears,  and a tail shaped like a flower. Dorami has gone through a large face change since her appearance, and had slight alterations since then. For example she now he has a pink nose and pinkish cheeks since the 2005 anime. Her body is similar to Doraemon's except that her 4D pocket has red overlapping stripes on it and her eyes are similar to Shizuka's but there are visible eyelashes (three on each eye). She has black eyes and most of her face and stomach is white. She wears a blue collar with a golden bell, very similar to Doraemon's. Like Doraemon, Dorami originally doesn't have ears, but has a bow as an alternative.

Dorami is a responsible, kind, optimistic and sensible robot. She is in many ways the opposite of Doraemon, with the possibility that she had taken better care of Nobita than him. Dorami has a dislike for dirtiness and is a perfectionist. She has a fear of cockroaches similar to Doraemon's fear of mice and is known to care for Nobita when Doraemon's not there. She can be described as a sweet, friendly, and cute robot cat. However, she can have a temper sometimes or when needlessly provoked such as in the movie Nobita's Great Battle of the Mermaid King, when she was mistaken for a puffer fish by Haribo, causing her to become angry. She helps people whenever they are in trouble and is kind to weak or helpless animals. She is very polite, with Tamako Nobi once charmed by her sweet nature.

It is stated that the reason of Dorami's sweet personality is because of consuming the clean oil. In contrast of Doraemon's confrontational personality as a result of drinking the waste.

Doraemon- Due to the fact that they drank from the same oil can, Dorami's ears were detached. This makes Doraemon very worried about her. But Dorami's creator later gave her a ribbon. When they first met Doraemon complimented her and Dorami happily called him Onii-chan (older brother in Japanese). Dorami is sometimes critical of Doraemon's way of scolding and assisting Nobita in becoming better and succeeding in life, feeling that he should be more tough with Nobita by giving a square potion that made him more strict, but only ended up backfiring.

Whenever Doraemon is too scared to get his annual checkup back in the 22nd century, Dorami would get tough with him and drag him all the way from the present in order to do as such.

Nobita Nobi- She helps Nobita in the absence of Doraemon and tries to make him a better person. However, unlike Doraemon, Dorami is much more helpful and compassionate to Nobita to the point of consoling him. When Dorami temporarily replaced Doraemon, she noticed how miserable Nobita is without her brother around. So she decided to let Doraemon come back to Nobita while she returned to Sewashi in the the 22nd century.

Shizuka Minamoto-She was ready to help Shizuka as shown in some episodes. They have a close relationship each other due to being females

Dora the Kid- Dorami argues with Dora the Kid sometimes but deep down they love each other. They share a close relationship. 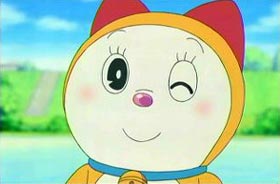 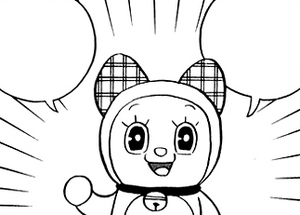 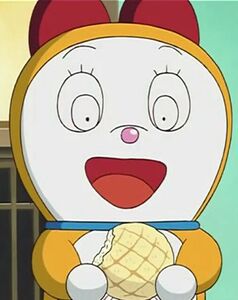 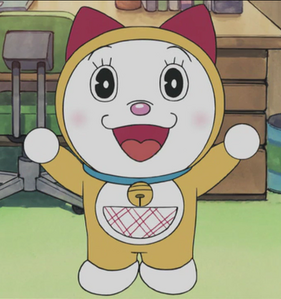 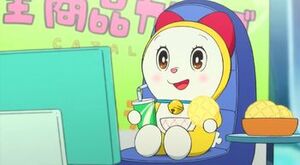 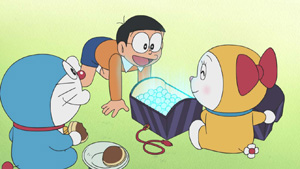 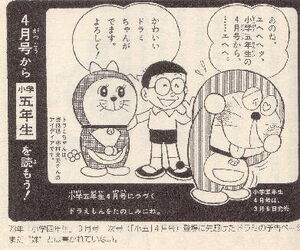 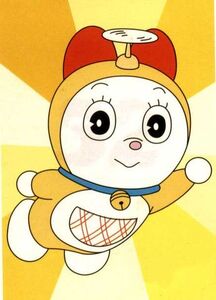 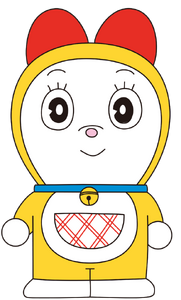 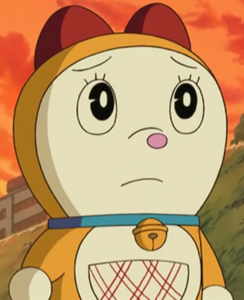 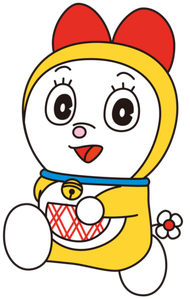 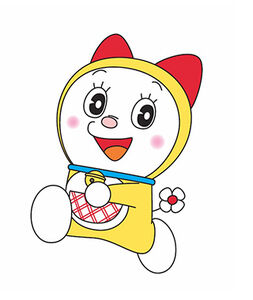 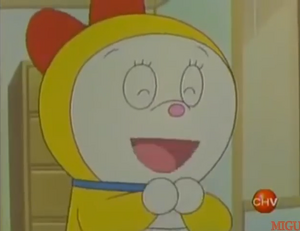 Add a photo to this gallery
Retrieved from "https://hero.fandom.com/wiki/Dorami?oldid=1806231"
Community content is available under CC-BY-SA unless otherwise noted.