Doug of Nickelodeon and Disney

Doug Funnie is the main protagonist of the Nickelodeon-turned-Disney series Doug, and the Disney film based off the latter, Doug's 1st Movie. He is 11 in the Nickelodeon series and 12 in the Disney media. He has an older sister named Judy, who is in high school, and a baby sister named Cleopatra. Doug's love interest is Patti Mayonnaise, his best friend is Skeeter Valentine and his arch-enemies are Roger Klotz and vice-principal Bone. In the Nickelodeon series, he is voiced by Billy West, but due to disputes with Disney, West didn't return to the Disney series. Instead, there, he is voiced by Tom McHugh. 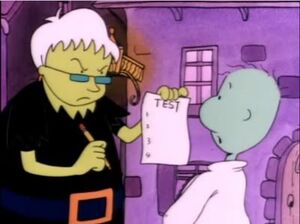 Doug Funnie accused of cheating on a test 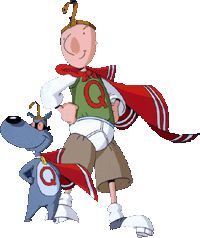 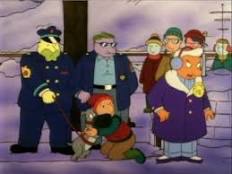 Retrieved from "https://hero.fandom.com/wiki/Doug_Funnie?oldid=1904408"
Community content is available under CC-BY-SA unless otherwise noted.