Doctor Ciel is a deuteragonist in the Mega Man Zero video game series. Although not a playable character, she is considered the female lead and heroine of the series, having important roles in most of her appearances.

Ciel is a young girl with a modest stature. She has pale skin, cobalt blue eyes, long blonde hair with three angular bangs, usually tied into a ponytail. She wears a pink outfit consisting of a helmet, a sleeveless dress, a resistance vest, plated high heels and white gloves, with a black bodysuit underneath. The helmet has a hole on the back for the ponytail, and a retractable white visor. She also has winter clothing composed of a long pink jacket and thick boots.

Dr. Ciel is a scientist looking into more efficient energy sources, particularly Cyber Elves, which she believes will end the war between humans and Reploids. She is revealed to be responsible for making Copy X. Ciel is the one who initially finds Zero, informs him of his legendary warrior status, and asks him for help fighting the tyranny of Copy X's Neo Arcadia. After defeating Copy X, Zero wanders off to do his own thing, but in the end, he realizes that he and Ciel need each other to accomplish their goals.

Although Ciel has no fighting experience, she is an gifted scientist. She uses her bio-augmented smarts to do many things, such as defusing a bomb that's about to hit the Resistance base, hacking into Ragnarok's security systems, and building an almost perfect copy of X. 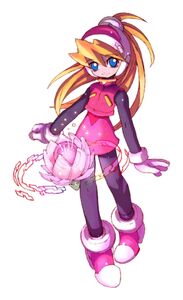 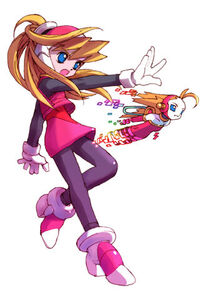 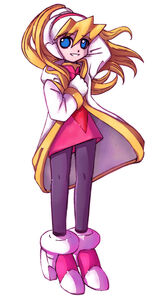 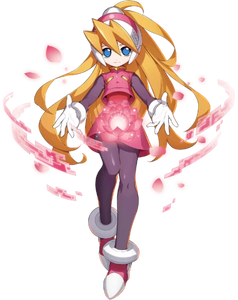