Surgeon of The Puppets

Protect the master and stay alive at all cause

Puppet Scientist
Doctor Death is the skeleton puppet and one of retro puppets that André Toulon who had houses the soul of one of his friends, named Duval Robinson during his younger days. As a result the two became partners in law with whatever situation they fall into.

Doctor Death wears a mint green surgeon's Howie lab coat, pants, reflector hat over a surgical cap and long brown leather boots. His head resembles a brown skull with black holes for eyes and an evil grin. His hands are also those of a skeleton. He is often seen carrying a silver scalpel.

Doctor Death is armed with medical tools. With his scalpel, he's capable of tearing open much flesh apart and did many "successful" surgeries on his victims in a painful manner. He can unlock doors like a key.

Dr. Death was built in Toulon's younger days when he was a chemist, master at anatomy, and puppeteer. He used for a famous puppet show about six damned mortals who are trapped in Hell. Duval, a French puppeteer did the voice for him on stage. When the Egyptian sorcerer Afzel passed the secret of life onto Toulon, he was pursued by three of Sutekh's Mummy Servants who wanted to steal it back from him. They killed all of Toulon's friends and he avenged them by putting their souls into the puppets and bringing them to life. Dr. Death had the spirit of Duval, who was a student of medicine so the puppet has knowledge of healing wounds. It also is smart and knows how to pick locks with it's scalpel, the scalpel also comes in handy when it fights the mummies. 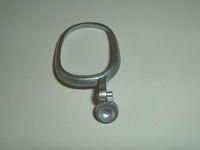 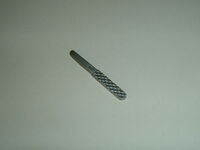 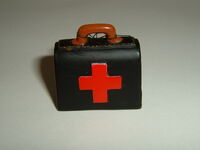 Medical Bag
Add a photo to this gallery
Retrieved from "https://hero.fandom.com/wiki/Dr._Death?oldid=2003714"
Community content is available under CC-BY-SA unless otherwise noted.