Heroes Wiki
Register
Don't have an account?
Sign In
Advertisement
in: Outdated Articles, Doctors and Scientists, Pacifists,
and 39 more

Mastery in Robotics
Expertise in engineering

Doctor Thomas Light, is a supporting character from the Mega Man and Mega Man X series. He is the creator of Mega Man, Roll and Proto Man.

Dr. Light is a elderly man with a white beard, he wears a white coat, blue tie, red pants and brown shoes.

Dr. Light appears in the ending along with Roll.

Doctor Light appears in order to give Mega Man items 1-3.

Dr. Wily pretends to be remorseful, so he and Dr. Light build the peace keeping robot Gamma. They also built 8 more robot masters, but Dr. Wily stole them. When Mega Man was saved by an unknown robot in the ending, Dr. Light realizes that it was Proto Man.

While Dr. Light does not make an appearance in this game, he improved Mega Man's mega buster off screen, allowing him to charge it up.

Dr. Light was captured by Proto Man at the beginning of the game. He was rescued by the end.

While Dr. Light does not make an appearance in this game, he modified Rush off screen to allow him to combine with Mega Man.

Doctor Light appears in the opening stage, in his lab and in the ending. During the game, he repairs Bass in his lab. When Bass is healed, though, he attacks Dr. Light and steals Dr. Light's plans for improving the Rush Adapter.

Doctor Light sends Mega Man to investigate an object form space that landed on an island near Dr. Wily's base. Wily gets to the crash site first and collects the "Evil Energy" before fleeing the scene. Mega Man gets there after and rescues Duo. After Doctor Light repairs Duo and Mega Man defeats 4 of the robot masters, Duo destroys the evil energy in Doctor Light's lab and goes after the evil energy that Dr. Wily had.

Dr. Light appears in the CD collection. He asks how the collection is going and is also an entry in the database. He also appears in Mega Man's ending.

In Mega Man 9, Dr. Light is arrested on the charge that his robots are committing crimes. Mega Man proves that Dr. Wily reprogrammed the robots and Dr. Light is freed. In the ending, Dr. Wily tricks Mega Man into thinking that Dr. Light was arrested again and uses the distraction to escape.

Dr. Light helps Mega Man by taking care of Roll and trying to find a cure for Roboenza.

Dr. Light appears as a trophy.

Dr. Light appears as a ace support spirit that grants immunity to electric floors. His spirit battle is a stamina battle on the battlefield form of the Wily Castle stage against Dr. Mario who tends to avoid conflict and Mega Man. Only Dr. Mario has to be defeated to win. 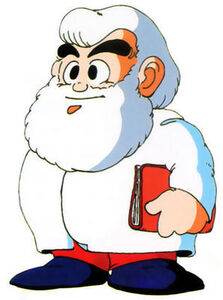 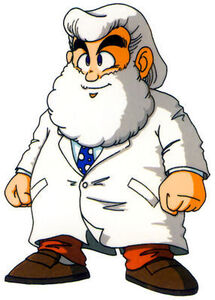 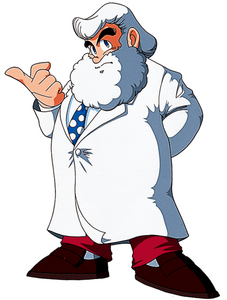 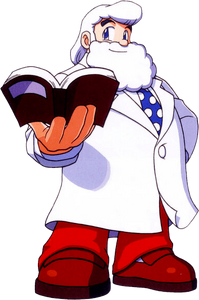 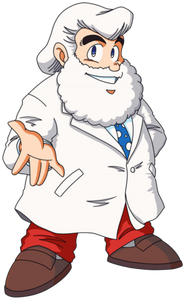 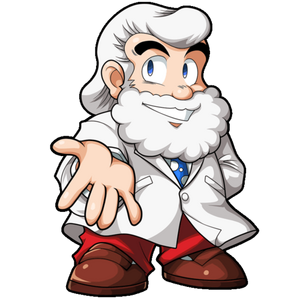