Working on his creation.

Create a superhuman creature and bring it to life and thus create a world freed from disease (succeeded, but then failed).

Victor Frankenstein is the titular protagonist of Mary Shelley's classic horror novel Frankenstein. A brilliant if eccentric scientist, he studies the process of decay in living organisms and discovers a means of creating life through the power of science. His character has been immortalised as one of the horror genre's greatest icons and has appeared in many works of modern media since Shelley's original book

Victor Frankenstein was born in Naples (according to the 1831 edition of the novel) and raised in Geneva. He was the son of Alphonse Frankenstein and Caroline Beaufort, who died of scarlet fever when Victor was seventeen. He describes his ancestry thus: "I am by birth a Genevese; and my family is one of the most distinguished of that republic. My ancestors had been for many years counsellors and syndics; and my father had filled several public situations with honor and reputation." Victor has two younger brothers — William, the youngest, and Ernest, the middle child. Victor falls in love with Elizabeth Lavenza, who became his adoptive "cousin" (his blood cousin in the 1818 edition) and, eventually, his fiancée.

As a boy, Frankenstein is interested in the works of alchemists such as Cornelius Agrippa, Paracelsus, and Albertus Magnus, and he longs to discover the fabled elixir of life. He loses interest in both these pursuits and in science as a whole after seeing the remains of a tree struck by lightning; however, at the University of Ingolstadt, Frankenstein develops a fondness for chemistry, and becomes obsessed with the idea of creating life in inanimate matter through artificial means, pursuing this goal for two years.

Assembling a humanoid creature perhaps by the use of a chemical, apparatus or a combination of both (he avoids the question three times when asked), Frankenstein successfully brings it to life, but he is suddenly horrified by his actions as it awakens. He abandons and flees his creation, who disappears and soon embarks upon a journey of vengeance that results in the death of Frankenstein's younger brother, William. The Frankensteins' servant, Justine, is blamed for the boy's death and executed; Victor is wracked with guilt, but does not come forward with the truth because he thinks no one will believe his story, and he is afraid of the reactions he'll get.

The creature approaches Frankenstein and begs him to create a female companion for him; Frankenstein agrees, but ultimately destroys this creation, aghast at the idea of a race of monsters. Enraged, the creature swears revenge and kills Henry Clerval, Victor's best friend. Later, on Frankenstein's wedding night, the monster kills Elizabeth, keeping the promise he made the night Victor demolished the incomplete female creation.

Frankenstein pursues the "fiend" or "daemon" (as he calls his creation) to the Arctic with the intent of destroying it; he ultimately fails in his mission, as he falls through an ice floe and contracts severe pneumonia. He is rescued by a ship undergoing an expedition to the North Pole, but dies after relating his tale to the ship's captain, Robert Walton. His creature, upon discovering the death of its creator, is overcome by sorrow and vows to commit suicide by burning himself alive in "the Northernmost extremity of the globe"; he then disappears, never to be seen or heard from again.

As a scientist, he studies the process of decay in living organisms and discovers a means of creating life through the power of science. His character has been immortalized as one of the horror genre's greatest icons and has appeared in many works of modern media since Shelley's original book. 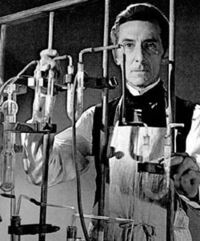 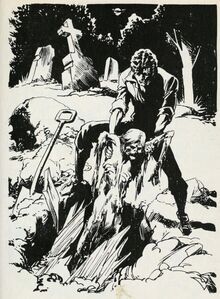 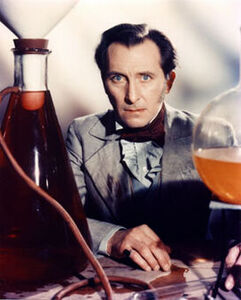