Digimon
Dracomon is one of the supporting character of Digimon Fusion. He is one of member of Blue Flare.

He is voiced by Megumi Urawa in the Japanese Version and Johnny Yong Bosch in the English Version.

He is a small teal Dragon Digimon with red orange wings, horns and eyes.

encountered by Mikey and Shoutmon in Dragonland after deserting the Bagra Army, as his ideal meaning of strength differs from Dorbickmon's.

After meeting with and talking to Christopher, having idolized the human and played in a role in him able to digivolve MetalGreymon to ZekeGreymon, Dracomon decided to join him upon leaving Dragonland. As he was a Bagra Army member after Bagramon reformatted the Digital World, Dracomon knows how to make plans to help the Fusion Fighters United Army stop the Dark Generals. When DigiFused with Cyberdramon, Dracomon grows in size and gains strong armor becoming CyberDracomon. 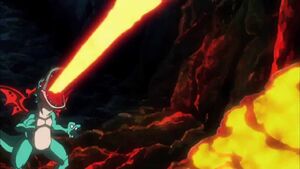 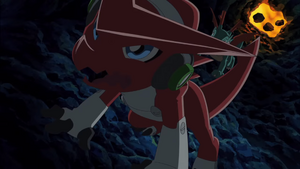 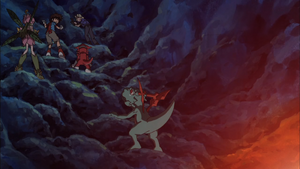 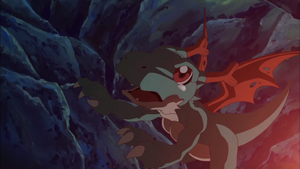 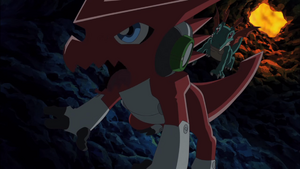 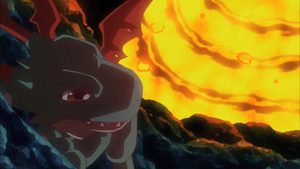 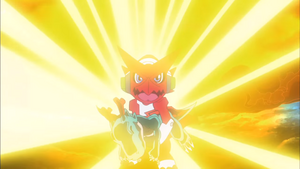 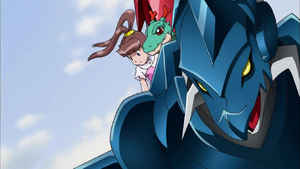 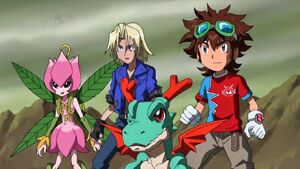