Egomaniac Hero
Drake Jared Parker is one of the two titular protagonists (alongside Josh) of Drake & Josh. He is a cool guy who's into having a good time, playing his guitar and hanging out with girls.

He is played by Drake Bell, who also portrayed Timmy Turner in the live-action Fairly Odd Parents movies.

Drake is the older brother of Megan and stepbrother of Josh. He is an expert musician and a ladies' man, but he fails academically and is pretty lazy outside doing his hobbies.

Drake can very self-centered and egotistical at times. In fact, a large part of his character is that he would rather do something fun or pleasurable as opposed to the responsible or sensible thing. However, this doesn’t stop him from doing what is right when it counts. Despite his lazy attitude and hedonistic style, he has shown that he cares about the people surrounding him, especially Josh. 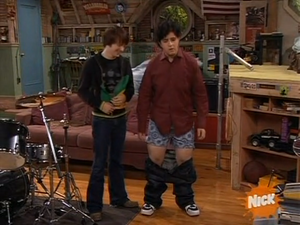 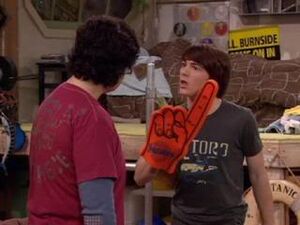 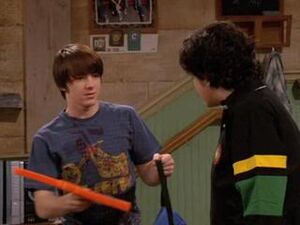 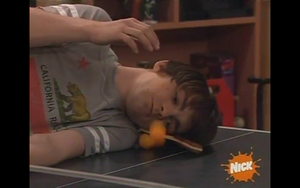