Cause chaos around the Dream World (Nightmare)

Energy Beings
Heroic Monsters
Crossover Heroes
Spirit Dream Eaters are the benevolent animals among the Dream Eater species that appear in the Kingdom Hearts series. While the malevolent Nightmares are antagonists in the game, the Spirits are friendly and help Sora and Riku to save the Sleeping Worlds in Kingdom Hearts 3D: Dream Drop Distance.

Despite Ansem, Seeker of Darkness's defeat, some of the worlds remain asleep. Yen Sid explains they are beyond reach of the Heartless, but they and their Keyholes are instead threatened by Nightmare Dream Eaters. These enemies attack Sora and Riku many times over the course of their Mark of Mastery exam.

In Traverse Town, Sora decides to team up with Spirit Dream Eaters after he sees Neku summon a Necho Cat. Riku makes the same choice after Joshua helps him spawn a Komory Bat.

When Sora and Riku return to Traverse Town, they learn their friends in that world have forsaken their Dream Eaters for their human Game partners. The Keyblade wielders also encounter the Spellican, which wreaks havoc before escaping to Symphony of Sorcery. There, this powerful Nightmare troubles Sorcerer Mickey until Sora and Riku come to his aid.

After an encounter with the real Organization XIII and Sora's successful rescue, Riku returns with King Mickey, Donald, Goofy, and Lea to the Mysterious Tower. To wake Sora, Riku voluntarily plunges back into his friend's dreams and defeats the Armored Ventus Nightmare. Reawakened, Sora watches as Yen Sid names Riku a Keyblade Master. He returns to the sleeping Traverse Town and reunites with his Spirit Dream Eaters.

Spirits were later introduced as a gameplay element through an update in Kingdom Hearts Union χ. They grant the Player an extra Medal slot that boosts the strength of any Medal regardless of its type, and gain various abilities when leveled up by equipping them with Medals. Their body parts and accessories can also be changed by the Player, including mixing up parts of the different varieties. As of the May 2019 update, Spirits can also "train" the Player's Medals to give them traits, although each Medal can only have one training trait. The entities created by the Master of Masters to guide the Keyblade wielders, the Chirithies, are also Dream Eaters themselves. Chronologically, Chirithy is the first Spirit Dream Eater to exist in the Kingdom Hearts universe.

Meow Wow appears in the Wonder Balloon Link Summon, and many more Spirits appear in its Finishing Command.

Near the end of the game, Sora encounters Ventus's Chirithy in The Final World after he and the other Guardians of Light are consumed by a Demon Tide in the Keyblade Graveyard. Chirithy explains to Sora that he is in a kind of Limbo for people who haven't died completely, and that he has been there before in his dreams (since the edges of sleep and death touch). He further explains that something is keeping him tethered to the Realm of Light, and that he can return to life if he collects the pieces of his body found in various places in The Final World. After Sora has found all the pieces, Chirithy reappears, expressing his annoyance at Sora still hanging around The Final World. Sora offers to help find Chirithy's pieces so it can leave The Final World as well, but it tells him that it doesn't "work like that". 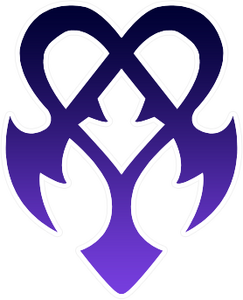 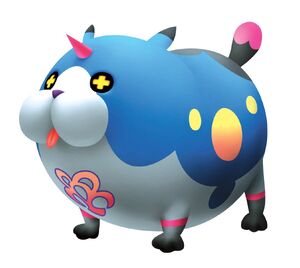 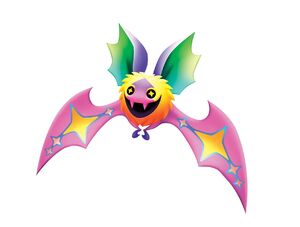 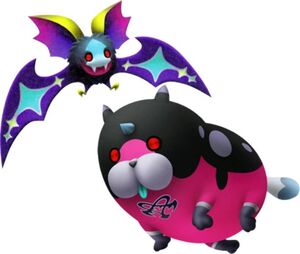 Nightmare versions of the Meow Wow and the Komory Bat Dream Eaters.