Parents
Drew Saturday is a main character from the 2008 Cartoon Network animated series The Secret Saturdays.

She is voiced by Nicole Sullivan, who also voices Shego from Kim Possible, Mira Nova from Buzz Lightyear Of Star Command, Marlene the Otter from The Penguins of Madagascar, Franny Robinson from Meet the Robinsons, and Supergirl from DC Super Hero Girls 2019.

Drew is always encouraging Zak to try new things like tribal dancing or sand painting, but when there's a risk of danger, Drew gets a little overly-protective of her only son. She's a mystic who is well-versed in the world's cultures and can blend in anywhere her travels may take her.

Drew Saturday is the matriarch and the one who "believes in the magic," being more prone to accepting things on faith rather than empirical evidence.

Drew was born to a family of adventurer-scientists. After her family was scattered during a severe blizzard in the Himalaya, she was raised by monks which may have taught her to believe not everything needs a reasonable/scientific explanation.

Years later, she was reunited with her long lost brother, Doyle.

In 'And Your Enemies Closer', she and Doyle (who's search for Argost's past lead him there) reunited in Himalaya at the same place that their family was lost. She then learns that it wasn't the blizzard that separated her and Doyle, but an attack on their camp by The Yeti. Much to her shock, she and Doyle discovered that the cryptid that destroyed their family is in fact Argost.

Drew's preferred weapon is the Tibetan Fire Sword given to her by the monks, which absorbs light and channels it into potent bursts of flame. Her sword needs light to access the fire, if there is no light source around it shoots blue flames. In "Food of the Giants" she shows her skill as an expert at wilderness survival. Like Doc, she is a skilled fighter. 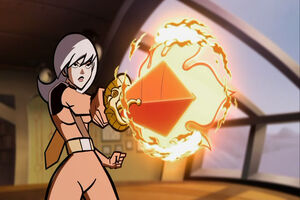 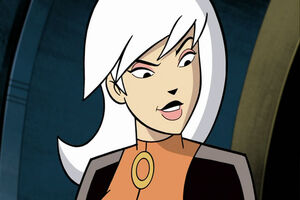 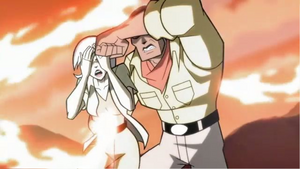 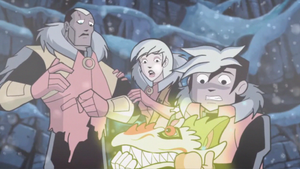 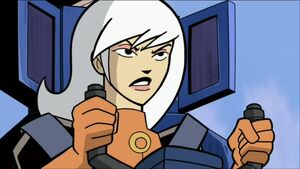 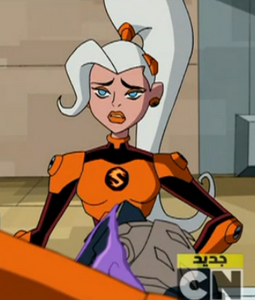 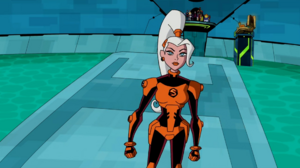 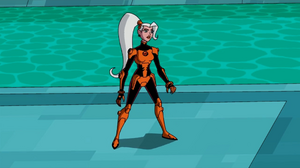 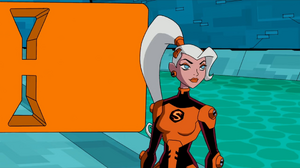