Butch Dog, The Wolf, and other enemies.

Droopy is an American animated cartoon character, an anthropomorphic dog with a droopy face, hence the name Droopy.

In Who Framed Roger Rabbit, he was voiced by the late Richard Williams.

He was created by Tex Avery, for theatrical cartoon shorts produced by the Metro-Goldwyn-Mayer cartoon studio, in 1943. Essentially the polar opposite of Avery's other famous MGM character, the loud and wacky Screwy Squirrel, Droopy moved slowly and lethargically, spoke in a jowly monotone, and, though hardly an imposing character, was shrewd enough to outwit his enemies and, when finally roused to anger, capable of beating adversaries twice his size with a comical thrashing.

The character first appeared, nameless, in Avery's 1943 cartoon Dumb-Hounded. Though he would not be called "Droopy" onscreen until his fifth cartoon, Señor Droopy (1949), the character was officially first labeled Happy Hound, a name used in the character's appearances in Our Gang Comics. After the demise of the Droopy series in 1958, the character has been revived several times for new productions, often television shows also featuring MGM's other famous cartoon stars, Tom and Jerry.

In the episode Northwest Hounded Police Droopy's last name was given as "McPoodle". In The Chump Champ it was given as "Poodle". Nevertheless, Droopy is generally understood to be a basset hound. 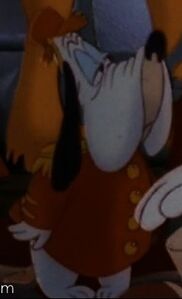 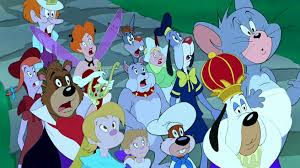 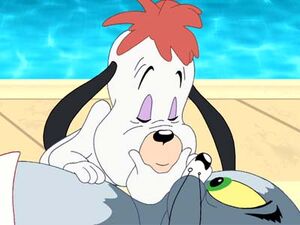 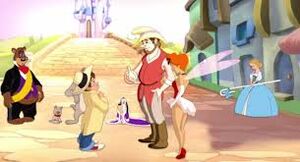 "Hello, all you happy people," 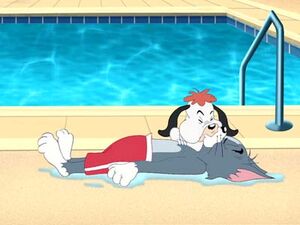 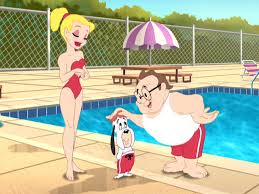 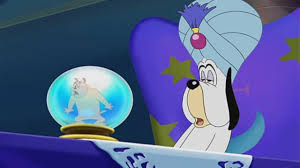 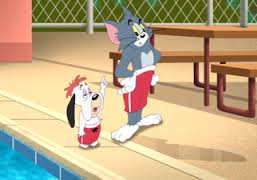 Droopy with Tom in Tom and Jerry Tales cartoon, A Life Less Guarded 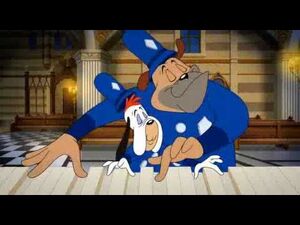 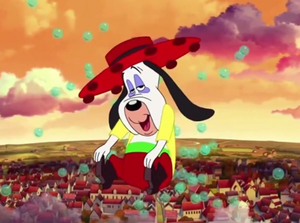 Droopy as Alberto Minoleta in Tom and Jerry: Willy Wonka and the Chocolate Factory 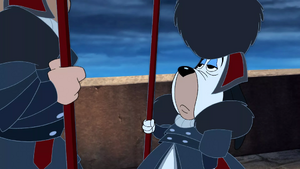 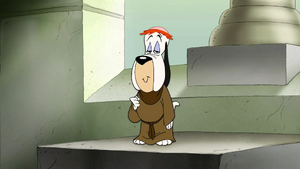 Droopy in Tom and Jerry: Robin Hood and his Merry Mouse
Add a photo to this gallery

Retrieved from "https://hero.fandom.com/wiki/Droopy?oldid=1724890"
Community content is available under CC-BY-SA unless otherwise noted.