The ability to run at 75 mph

Playing with Ted and Susan.

Become a wild cheetah and learn how to hunt (succeeded).

Duma is the titular tritagonist of Disney's 1989 live-action film Cheetah. She is an orphaned cheetah who was adopted by the two main protagonists, Ted and Susan, after the death of her mother. She is later captured by opportunistic gamblers and forced to run against greyhounds in a dog race.

Her vocal effects were provided by Joe Herrington.

Because she was brought up like a pet, Duma has no idea how to be a real wild cheetah. When she was adopted, she became very tamed and docile and loved her owners. When she was captured and trained to race, she couldn't run very fast to catch her prey, due to her domestication. During her race against the greyhounds, Ted got his whistle back and Duma won back her burst of speed. She then rebelled against the poacher who killed her mother before she's rescued by her owners. During her release into the wild, she was housebroken and stubborn when she wanted to stay with her owners before finally deciding to return to her home where she makes friends with another mate.

An abandoned baby Duma is found by two American teenagers, Ted and Susan, and their native friend, Morogo, Morogo informs Ted that her mother is dead and that she was skinned by a poacher, when Susan learns of this, she immediately wants to adopt her, although the others think that's crazy, she thinks it's the only way for her to survive. The kids convince their parents to adopt Duma and they reluctantly agree.

6 months later, the kids' vacation is almost over and they have to train her to hunt her prey in order for her to be released into the wild. Before that could happen, she is captured by an unscrupulous store owner named Mr. Patel and the malicious poacher who killed her mother, who have a plan to exploit her speed for a fortune. The next morning, Ted realizes Patel's scheme and he and Susan miss their flight home to rescue Duma. Patel's cousin reveals his whereabouts to the kids and Morogo gives them instructions to Jamhuri.

At the poachers' camp, the gamblers give Duma each test for the race, to which she constantly fails and is mistreated by the poachers as a result.

The children arrive at the camp and find Duma. As they try to rescue her, they are caught by the poachers and put in a cage while they start for the race, but they escape with the help of Morogo. The children are pursued by their parents and the authorities as they head to Nairobi Downs, but they finally manage to make it there as the race starts. As the race progresses, Duma slowly loses her burst of speed and the greyhounds pass her. However, Ted manages to get his whistle back from a security guard and blows it as Duma wins the race. While the other gamblers must compensate all bets, Duma rebels against Abdullah and she is rescued by her owners before the evil poacher is arrested.

Later, the family arrive at Cheetah Valley and attempt to release her there. The children notice another cheetah and try to let her go, but a stubborn Duma refuses to leave. Susan forces her to go and she finally leaves and makes friends with the cheetah as the children happily watch her run free. 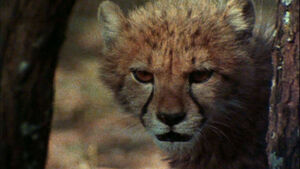 Duma as a cub 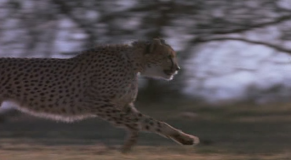 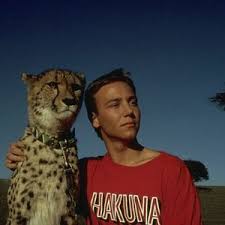 Duma in a cage

Duma racing with the greyhounds

Duma attacking the poacher who killed her mother 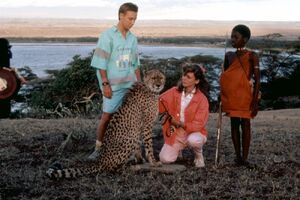 The children saying goodbye to Duma

Duma with her playmate