Duncan is a 0-4-0 Douglas-type narrow gauge engine in Thomas the Tank Engine & Friends. Duncan has an infamous talent called "Rock N' Roll", which always gets him into a lot of trouble. He can be stubborn, bouncy, rude, and aggressive and usually misbehaves but always ends up getting bad karma in the end. But in later seasons of the show he has grown far more of a respectful, responsible and really useful engine. He changed his ways of his previous bad behavior. He also appears in a cactus190706 YouTube model movie called Sodor's Long Forgotten Secret as the primary antagonist until the main protagonist along with the Skarloey Engines. In the YouTube Thomas the Tank Engine parody special, The Rise of Steam, by cactus190706 on the YouTube, Duncan and his other Skarloey friends met up with Mallard at the Crovan's Gate and after the days passed, he is drived by Wickem as Skarloey and the cop chase after them at the high cliffs until Wickem falls down from the cliff after he climbs the tree after he gets out of Duncan's cab. 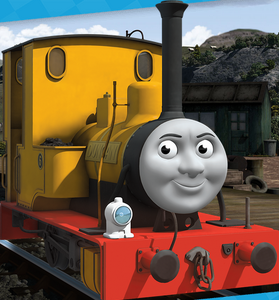 Duncan in the CGI series 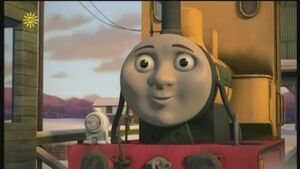 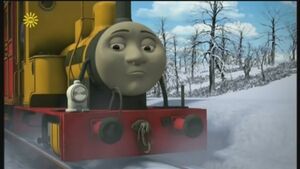 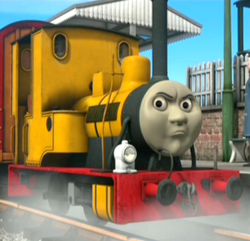 Add a photo to this gallery
Retrieved from "https://hero.fandom.com/wiki/Duncan_(Thomas_%26_Friends)?oldid=1712994"
Community content is available under CC-BY-SA unless otherwise noted.