Member of the Pride Troopers.
Member of Team Universe 11 (formerly).

Protecting the innocent and thwarting evil.

Win the Tournament of Power in order to save Universe 11 (failed).

Dyspo was a member of the Pride Troopers, a heroic organization that upheld justice in Universe 11. He considered himself to be the fastest being in the entire multiverse, and was his team's third greatest warrior after Jiren and Top.

He was voiced by Bin Shimada in the Japanese version, and by Christopher Dontrell Piper in the English version.

The Tournament of Power

Universe 11 is recruited by Belmod and Khai, Belmod being universe 11's God of Destruction and Khai being a Kai - god of creation for the universe. The Pride Troopers were employed to win the Tournament thus saving their universe. Dyspo leads the Pride Troopers along with veteran member, Toppo, and star member, Jiren. Whereas Toppo was the moral center of the team and Jiren was the silent but phenomenally strong enforcer, Dyspo relied mostly on his legendary speed. Together with the rest of the Pride Troopers, Dyspo set's out to save Universe 11.

Dyspo is the most sketchy of the Pride Troopers - he is arrogant, entitled, disrespectful and none above dirty tricks. However, Dyspo is completely committed to his team-mates. When Toppo is in trouble Dyspo goes out of his way to stand-by him, even at the potential cost of his own life. Dyspo places much blame upon Universe 7 as Goku was the one who conceived of the Tournament of Power, thus sacrificing the other Universes seemingly just for the sport of it. Dyspo. Though Dyspo is incredibly strong he feels inferior to Toppo and Jiren who are both God of Destruction tier power-houses.

Dyspo's speed is his main strength, he is so fast he can go faster than light. The assassin Hit had a time freeze ability but was still beaten by Dyspo. Dyspo was so fast that the millisecond Hit moved his muscles to evoke the temporal powers Dyspo keyed in on the movement and disabled him before Hit could even use his technique. Additionally, Dyspo has strength and ki projection far greater than any traditional mortal. He is fond of using kicks in melee combat.

For energy attacks, he uses a move he called Circle Flash, a projected ring of energy that surrounds his opponent, Dyspo can eventually make it explode. Dyspo can fire a single blast of ki energy so fast that the moment is building up does more damage than the ki itself, this is called his Light Bullet. Teaming up with subordinate, Kahseral, Dyspo uses the combination move Double Cannon Maximum - the combined trajectory of which is devastating to opponents.

Dyspo is most proud of his ability to enter Super Maximum Light Speed Mode - a state where he moves so fast, even gods can not keep track of him; in this state, Dyspo can move so fast that he no longer needs to travel in straight lines to charge, he can do so at all angles without even losing momentum from changing course. 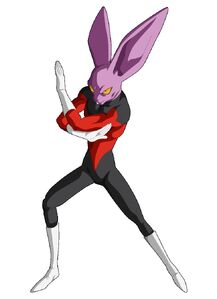 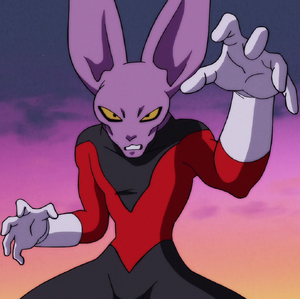 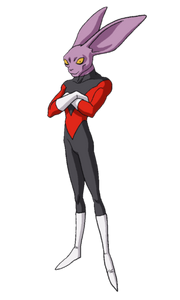 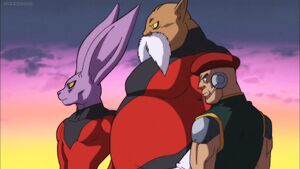 Dyspo with Toppo and Kahseral. 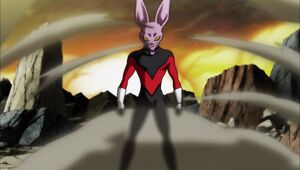 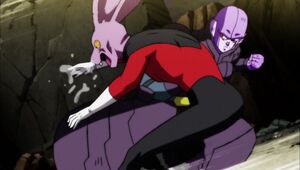 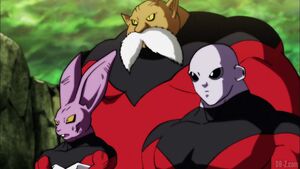 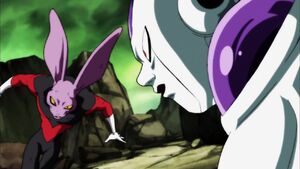 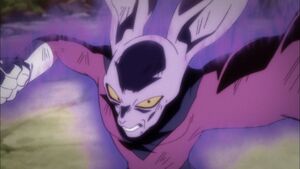 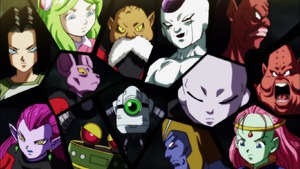 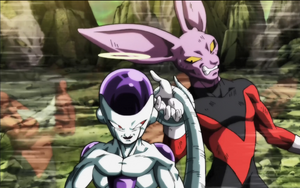