E-123 Omega is a supporting character from the Sonic the Hedgehog series. He is the last robot in Eggman's E-series line, fittingly named "Omega". After Eggman had moved on to building bigger and better robots, he locked Omega away in one of his bases, with the implied purpose being to contain Shadow. After Rouge unwittingly awakened him, he decides to take revenge upon his creator to prove his worth, joining Rouge and Shadow on their quest. Sometime later, he would join his two friends as a part of GUN. 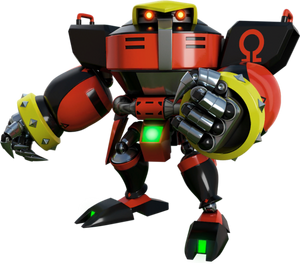 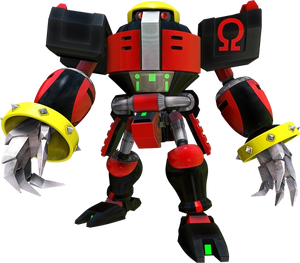 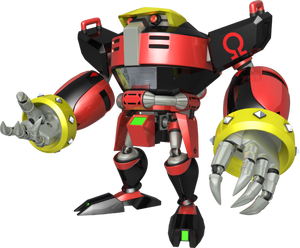 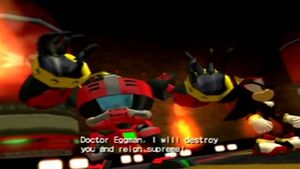 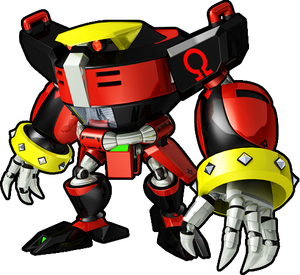 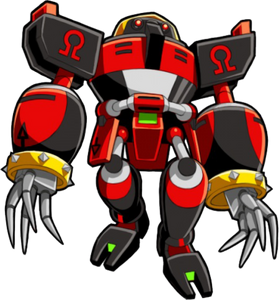 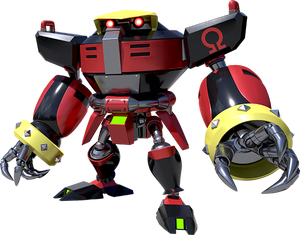 Retrieved from "https://hero.fandom.com/wiki/E-123_Omega?oldid=1901731"
Community content is available under CC-BY-SA unless otherwise noted.