To work at WESAYSO and take care of his family

Earl Sinclair is one of the lead characters in the television series Dinosaurs. Identified as a megalosaurus, Earl is the 43-year-old head of his family, consisting of wife Fran, teenage children Robbie and Charlene, mother-in-law Ethyl Phillips, and infant son Baby Sinclair. Married for over 15 years, Earl tends to take his more sensible wife for granted, who often brings him down to earth with a sharp "Earl Sneed Sinclair!" Earl's own family background is seldom delved into, but he was the class runt in high school and has an estranged sister, country singer Pearl Sinclair ("Earl and Pearl"). He is given three common nicknames:  Pally Boy by Roy Hess, Fat Boy by Ethyl, and Not the mama by Baby.

Employed as a low level tree pusher for the voluminous WESAYSO Corporation, Earl is old-fashioned and resentful as his family often tries to break with dinosaur tradition, yet usually caves in (though in the shows final episode, "Changing Nature", he is very supportive of new technology). Earl's best friend is Roy Hess, and it's sometimes unclear whether work is a refuge from home or home is a refuge from work. In particular, Earl struggles with being a new father again, and Baby Sinclair's continual address of "Not the Mama" over "Daddy" is a source of frustration. One such attempt to win his youngest son's approval involved adopting the superhero persona Captain Impressive ("Earl Don't Be a Hero"). Earl's other desire, outside of being left alone to snack and drink beer, is to achieve recognition from B.P. Richfield and the outside world, whether by becoming "Employee of the Month" or through laying claim as the discoverer of Sinclair City ("The Discovery"). Though usually content to watch television and avoid serious thought, Earl could be occasionally galvanized into action, by either his family or a delayed conscience. His achievements during the series' short run included running for Chief Elder ("And the Winner Is..."), becoming the network's lead television programmer ("Network Genius"), and trading places with a tree ("If I Were a Tree"). Earl also used to play accordian and was surprisingly good at it ("Swamp Music"). Despite his occasional moments of enlightenment, the well-meaning but dense Earl ultimately contributes to the extinction of his entire species ("Changing Nature").

Earl was a full-bodied, realistic animatronic puppet, with the facial radio controls operated by Dave Goelz in season 1 and the first part of season 2 and by Mak Wilson for the rest of the run. The body suit was performed by Bill Barretta (in one of his earliest Henson projects) and, on occasion, Tom Fisher. 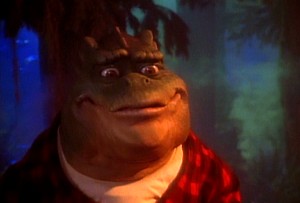 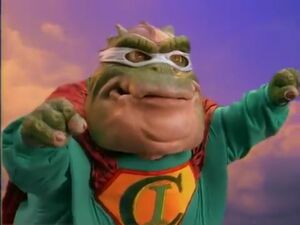 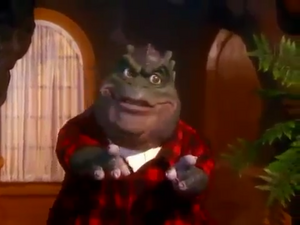 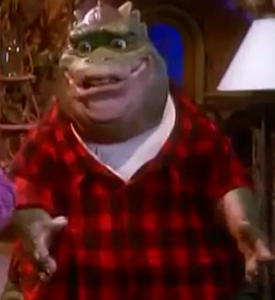 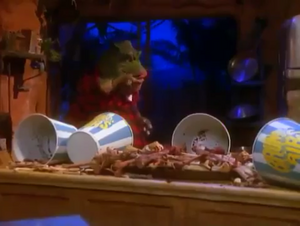 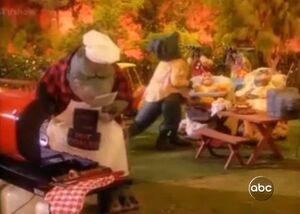 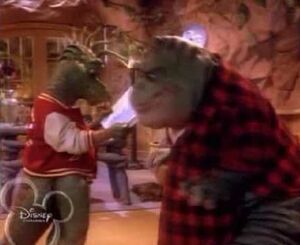 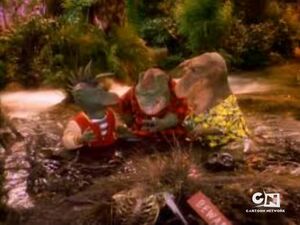 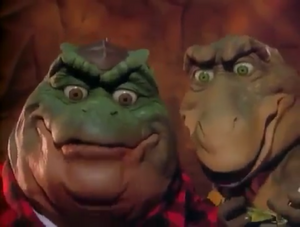 Retrieved from "https://hero.fandom.com/wiki/Earl_Sinclair?oldid=1955040"
Community content is available under CC-BY-SA unless otherwise noted.