Connection to the Super Suit

Fighting evil with a scent of justice.

Fight the forces of evil and save the world.

Earthworm Jim is the titular main protagonist of the video game and cartoon series of the same name and was once an ordinary earthworm until a suit of advanced alien-armor fell from the sky and caused him to evolve into the wacky gun-tottering hero he is today - he can be very dimwitted and reckless but can also show cunning when he needs to and is a firm believer in truth and justice, albeit he delivers it in a very unorthodox manner.

He was voiced by Dan Castellaneta best known for voicing Homer Simpson and Genie.

Jim was a typical earthworm, who struggled to survive and lived in Texas. One day, a mechanical suit fell to earth and he wriggled inside, only to evolve eyes and a toothy mouth, as well as a somewhat heightened I.Q. He heard about Princess What's-Her-Name, and smitten, he traveled the galaxy to find her, utilizing a rocket he found along with the suit. The suit gave him strength, and he soon learned that it was intended to be delivered to Queen Slug-for-a-Butt, by a sinister, birdlike alien called Psy-Crow, the cruelest and most feared bounty hunter in the galaxy, who, accidentally lost it on earth, had come to reclaim it.

Battling many never-do-wells along the away, and traversing bizarre worlds, Earthworm Jim arrived on Insectia, and having a lengthy battle with Slug-for-a-Butt, he encountered Princess What's-Her-Name. A cow he had launched into orbit from earth fell onto the princess, maiming her. Embarrassed, Jim cautiously backed off, but not before looting the princess' crown.

Jim is ditsy, childish, short-fused, ballistic, caring, savvy, unstable and highly-strung. Unlike his appearance in the games, Jim actually set out to be a hero from day one. Sometimes he appears to be absent-minded, but often, he is very resourceful and despite often being violent and aggressive, he is also helpful, friendly and loyal. He is also prideful, and hates losing. He also hates drinking orange juice after brushing his teeth and loves shopping, finds printers amazing, and enjoys frozen yogurt despite suffering brain freeze from it. It is in the animated series that he accidentally creates an evil doppleganger of himself called Evil Jim who loves everything Jim hates and visa-versa. 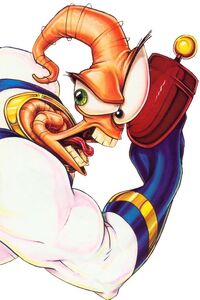 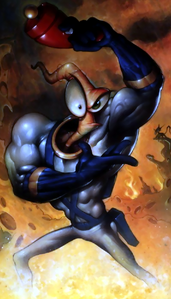 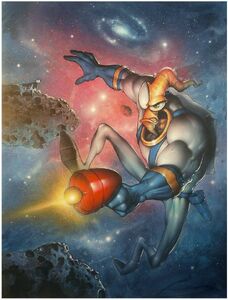 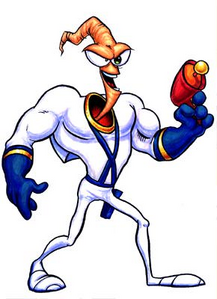 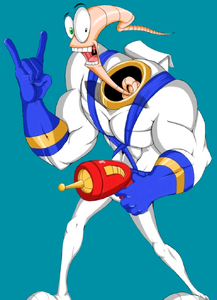 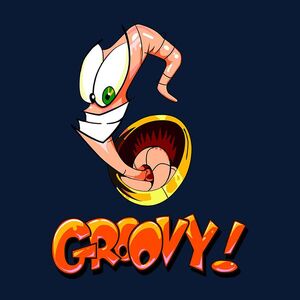 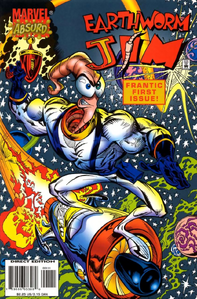 Earthworm Jim as he appears in the Comic Heck Hath No Fury, Part 1 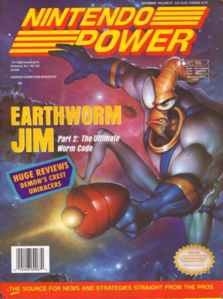 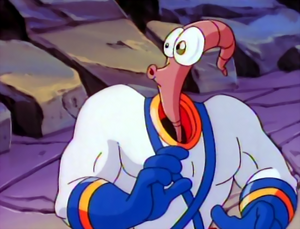 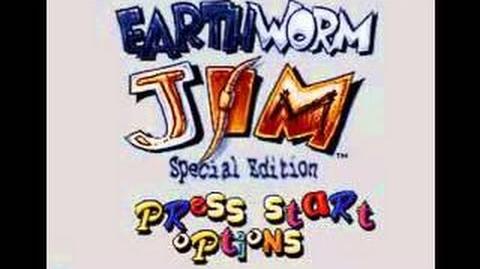 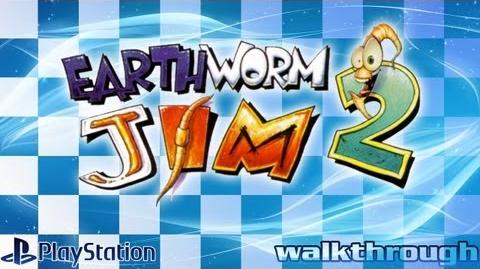 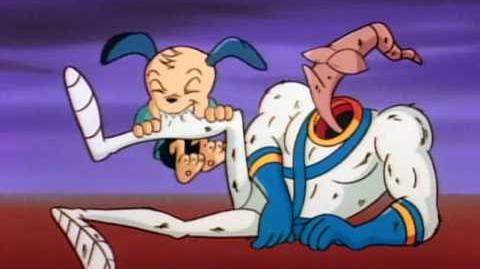 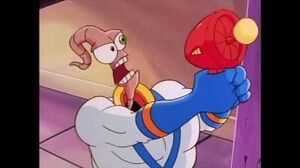