Heroes Wiki
Register
Don't have an account?
Sign In
Advertisement
in: Romance of the Three Kingdoms Heroes, Honorable, Benevolent Rulers,
and 65 more

Defeat the kingdoms of Wei and Shu.

Protect the kingdom from evil threats.

Military Warriors
Wu (in Chinese: 呉), also known as Sun Wu (in Chinese: 孫呉) or Eastern Wu (in Chinese: 東呉), are the heroic faction in the 14th-century Chinese classic novel Romance of the Three Kingdoms by the late Luo Guanzhong, and its multiple adaptations. They are one of the three influential kingdoms in China. In Dynasty Warriors and the most fictional media, the country is symbolized by the color red as well as a tiger (especially with the Sun family's motif).

At the beginning of Wu kingdom, Sun Quan's father, Sun Jian, also known as the Tiger of Jiangdong, was recognized this names when he reminding others and the Han forces was worried about to fight against Yellow Turbans. For the time, Sun Jian later went to served the military warlord Yuan Shu as one of the famous officals and mentioned these initiatives. At the Battle of Hulao Gate, Sun Jian joined with the alliance to opposed Dong Zhuo by anyone else, Dong Zhuo will definitely flee to the capital city of Luoyang after being defeated at this time, there is a proven way to get the Imperial Seal, an object of enormous value, and secretly seized it.

But later on, when Sun Jian returned to his lands, he discovered that they had been attacked by Liu Biao in his absence, Sun Jian confronted Liu Biao's forces, but he being hit by several arrows and died in battle. The position of Sun Jian would be occupied by his firstborn, Sun Ce, who would later be known as "The Little Conqueror". When Sun Ce was only 17 years old, and had no land of his own. He went to the east coast of the country with the rest of the remaining troops. There he exchanged with Yuan Shu the imperial seal his father had found for a good number of troops.

With this reinforcement Sun Ce conquered the lower Yangzi area, the area known as "Wu territory" and what would be the capital of its territory, Jianye. After Sun Ce died of illness at the young age of 25. His brother Sun Quan was 18, took his place, ruling the new lands. With the passage of time the force of Sun Quan increased, and occupied most of Jing province and the entire southern coast of the country. Sun Quan was named king of Wu by the Wei emperor, Cao Pi. Of the three kingdoms, Wu would be the only one that would last the longest, but Wu also suffered from fierce disputes over succession after Sun Quan's death.

When his first son Sun Deng died, but his second son, Sun He, was disinherited shortly after being named "Crown Prince". The succession to the throne after the death of Sun Quan finally fell to his youngest son Sun Liang. Being still a child, Sun Liang was placed under the tutelage of Zhuge Ke, the older son of Zhuge Jin. At some point, Zhuge Ke gained tremendous power within the Court in the coming years, but Sun Jun disputed with him the military authority claiming the birthright. Zhuge Ke was stripped of power and killed, and Sun Jun took over the power of a Court as chief advisor to the Emperor.

Sun Jun succumbed to the disease, and his relative Sun Chen assumed the role of adviser to Sun Liang. Sun Liang began to worry about the selfishness of Sun Chen and tried to get rid of him. However, his plans were discovered and he was forced to abdicate. The throne would pass to the Sun Quan's sixth son, Sun Xiu. With Sun Xiu on the throne, Sun Chen's power was even greater and his abuses were uncontrollable. Sun Xiu grew tired of Sun Chen's selfishness and made suspicion of treachery fall upon him. After being invited to an official ceremony, Sun Chen was approached and killed without regard.

Wu was continued to suffer internal struggles, news of Shu's surrender to Wei arrived. The Emperor of Wu began to prepare against a possible Wei attacked, then news came to Wu that Sima Yan had usurped Wei's throne and replaced it with the Jin Dynasty. As the world changed rapidly before his eyes, Sun Xiu succumbed to the disease. Wu's throne passed to one of Sun Quan's grandchildren, Sun Hao. It was believed that Sun Hao was a great promise that he had all the qualities of a great leader, but as soon as he ascended the throne, he initiated a government of tyranny. No one dared to contradict Sun Hao and the Sun family began to lose the affection of the people.

Meanwhile, Lu Kang, son of Wu's great strategist, Lu Xun, managed to protect the kingdom's borders, but he could not avoid internal decay. The atrocities of Sun Hao reached the ears of Jin Emperor, Sima Yan, who saw a great opportunity for the total conquest of the country. Sima Yan put Du Yu in command of the army and ordered the invasion by land and water. Jin forces moved slowly over Jianye. Many Wu soldiers surrendered without fighting. Finally, Sun Hao, as Liu Shan did before him, handed over his territory. Later on, Wu kingdom was overthrow by Jin Dynasty. This was the end of the Three Kingdoms. 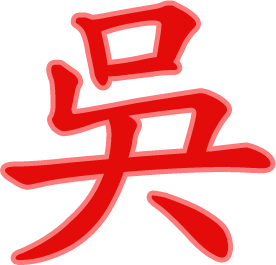 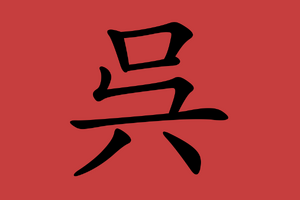 Another of Wu symbol. 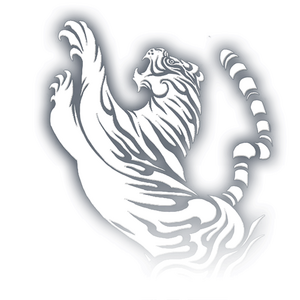 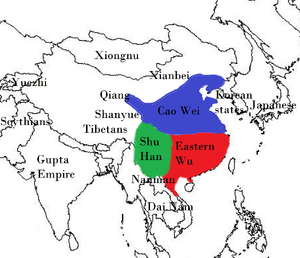 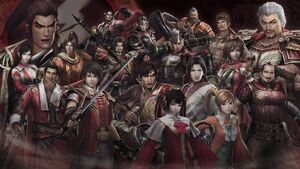 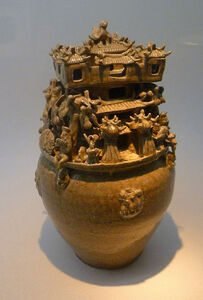 An Eastern Wu funeral urn, dating from the third century, on display in a museum in Tokyo, Japan.