Heroes Wiki
Register
Don't have an account?
Sign In
Advertisement
in: Candidate for Deletion, Ben 10 Heroes, Cartoon Heroes,
and 17 more

Echo Echo is a small white alien whose body is a living amplifier. He is actually living sonic waves contained in a suit made of silicon. One of his most noticeable features is a square appendage resembling an MP3 player behind his back with a port on it - decorated with a 10 symbol and what looks like cassette tapes on his lower legs. His voice originally sounded very high-pitched and tiny, but became slightly lower.

In Omniverse, Echo Echo's eyes are now more line-like and now has two black stripes on both of his ear plugs. His legs are also a little bit more stubby and the green circle on his hand is now bigger, covering most of his hand. He is also shorter and has a hexagonal shape on his stomach. The tapes on his legs are now gone. His voice sounds more robotic now, and it echoes more, as if he is speaking through a portable microphone. 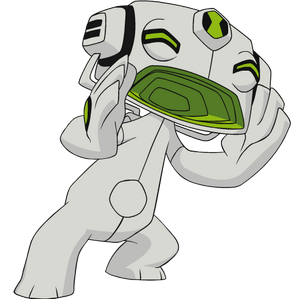 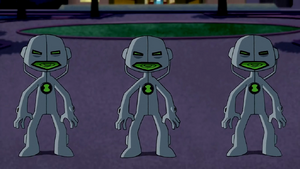 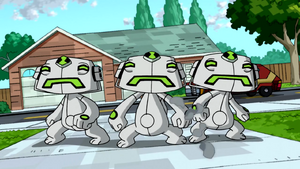