Private in the military (Moving Targets)

Edd is the main character of Eddsworld along side Tom and Matt. From 2004 to 2012, Edd was voiced by his real-life counterpart Edd Gould, until Tim Hautekiet took over the role after Gould passed away.

Edd's appearance in the web toon is shown to be related to his look in real life. He has straight brown hair with however some points in some parts. He wears a trademark green hoodie with laces and brown khakis. His shoes are green with laces.

Edd is shown to be fairly lazy, with a lot of his free time being spent sitting on a couch watching television. Although Edd is fairly smart, he is also very carefree and sometimes chooses to act stupidly. This often leads to moments of injuries, including jumping into a burning pool of Cola, nearly getting bit by Vampire Matt on numerous occasions in the short Matt Sucks, and generally putting himself into incredibly dangerous situations such as pressing several random buttons in Tord's lab during the end. He is shown to be overall kind, however, and willing to help his friends in need.

In earlier episodes, Edd was sometimes displayed with self centered and sadistic behavior such as willfully injuring Tord to try and win over Kim in "The Dudette Next Door", not caring about Matt being stuck in a zombie infested train station in "Zombeh Nation", abandoning Matt after his arm was bitten off by a zombie in "Zombeh Attack", grieving over the loss of a Coke machine to Matt's zombie hoarde rather than mourning over Tord's death and willfully shoving Tom into a dangerous set of booby traps lethally injuring him in "Ruined". However, this aspect of Edd's personality has disappeared in later episodes.

In more recent episodes, Edd is often very kind and caring towards others, showing concern for Tom throughout "The End", he quickly regenerated Matt's arm with a healing gun in "Space Face" after it was blasted off by Tom, he gave Tord a warm welcome home and a hug in "The End", he was willing to save Christmas twice during the Zanta Claws trilogy, he worried about Matt's safety in "Hammer & Fail (Part 2, Rooftop Rumble)", he tried to feed a mostly limbless zombie candy floss in "Fundead" (Edd mistook him for a suffering starving individual) and he apologized to Eduardo for teasing him after losing an art contest in "PowerEdd".

Edd also has a very strong love for Cola as in a flashback during the "Hammer & Fail", he had ordered 8 Kegs of Cola though his order was mixed up with his nemesis and sort of counterpart Eduardo's order of Diet Coke and during the episode "WTFuture", he orders 2 gallons of Cola from the waitress in Bob's Diner. This shows he has a huge obsession with Coca Cola. He may also have a minor obsession with broccoli. This is shown when he enters the elevator to hell in "Hello Hell Hole". In "WTFuture" Edd's future self attempted to enter his past self's home, using different access codes in different variations of saying open and when these attempts fail, he says "Broccoli?" This fails just before Edd's garage opens and the others leave via the use of several odd sort of fairground cars. He also has a love for bacon. 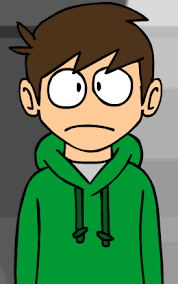 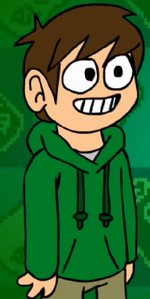 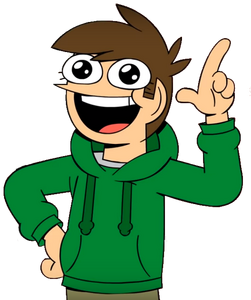 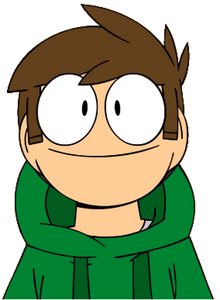 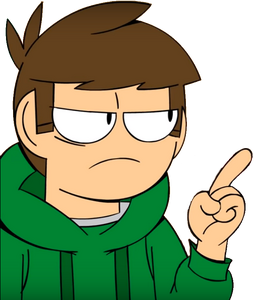 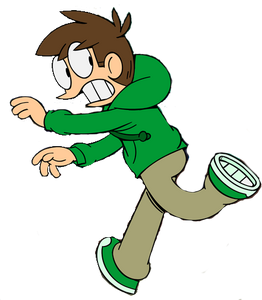 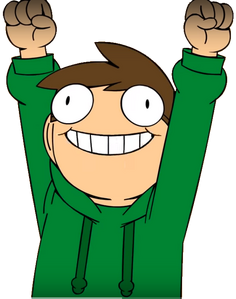 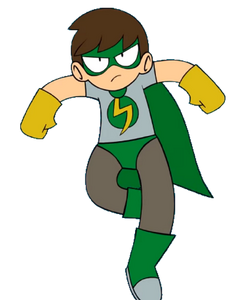 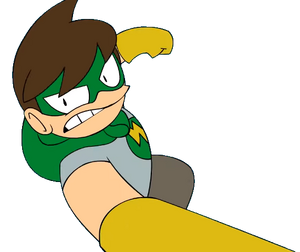 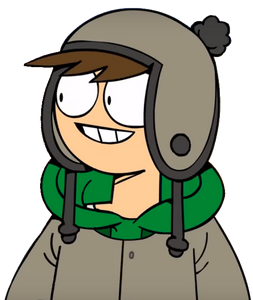 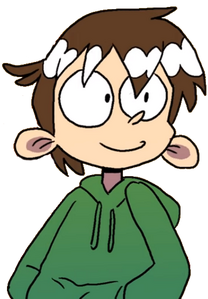 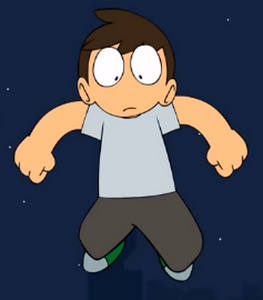 Edd in the Last Seconds of PowerEdd.
Add a photo to this gallery

Retrieved from "https://hero.fandom.com/wiki/Edd_(Eddsworld)?oldid=1779373"
Community content is available under CC-BY-SA unless otherwise noted.