Keep the band in order

Edward "Eddie" Riggs is the main protagonist of Brütal Legend. Eddie is the leader of the Ironheade faction, and is the avatar the player adopts when playing as that faction in multiplayer and in single player. He has two weapons: The Separator, a battle axe, and his guitar Clementine.

He is voiced by Jack Black, who also plays Jables from Tenacious D and the Pick of Destiny, R.L. Stine from Goosebumps, Po from Kung Fu Panda, Dewey Finn from School of Rock, and Lenny from Shark Tale.

Eddie is proclaimed as the "greatest roadie of all time", and supports that fact throughout the game. He is able to build the Deuce from spare parts summoned at the Temple of Ormagoden, and later organises and leads the armies of Ironheade. He is also a skilled guitarist, able to perfectly read tabulature and shred with Clementine surprisingly well. He can use the Separator almost perfectly, even though he admits that he'd never touched an axe before. This may or may not be the influence of having a warrior father and a demon mother, who also wielded the axe. Eddie is also very strong. As he was assembling the Druid Plow he lifted its body and frame with ease. He's also shown carrying large amp towers for the Roadies to carry when gearing up to assault Lionwhyte's stronghold.

Eddie's personality can be immature at times, and he is almost always sarcastic and snarky. However, he also knows when it's time to be serious, and is an efficient and capable leader of men. He also knows that, as a roadie, his place isn't in the leadership of an army - a fact proven upon his initial meeting with Lars Halford. Eddie is also friendly and a good advisor, when people (Lita, Kage, and the Headbangers) have doubts of what they can do, Eddie supports them and helps them realize how strong and powerful they really are. Eddie also has a strong sense of justice in him when someone is being attacked or discriminated, like when Doviculus killed both Lars and Ophelia, Eddie would stop at nothing to defeat him and avenge his friends.

When it comes to Ophelia, Eddie can't help but feel strongly about her. He was partly jealous of Lars when Ophelia acknowledges him instead of Eddie, but he doesn't let it change the way he thinks of his friends. Even when Ophelia was taken in by the Drowning Doom, Eddie still loved her, and he was willing to do whatever it took to save her. 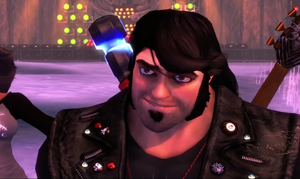 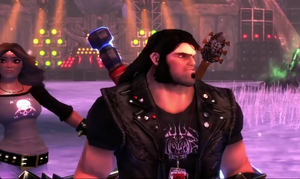 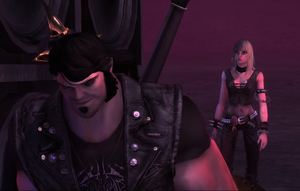 Add a photo to this gallery
Retrieved from "https://hero.fandom.com/wiki/Eddie_Riggs?oldid=2315293"
Community content is available under CC-BY-SA unless otherwise noted.