Highly intelligent
Excellent with guns and hand to hand combat

Investigate the murder of Marvin Acme and help his friend Roger Rabbit who was framed for murder and clear his name (succeeded).

Get his revenge on Judge Doom for killing his brother, Teddy (succeeded).

Edward "Eddie" Valiant was a Californian private investigator and the main protagonist of the 1988 film, Who Framed Roger Rabbit.

He was portrayed by the late Bob Hoskins, who would later go on to voice Boris and portray Mario in the Super Mario Bros. movie.

Eddie Valiant and his brother Theodore "Teddy" Valiant were sons of a circus clown (shown by the pictures on their desk in the film), who shared in his occupation for a while. Fittingly enough, this caused both of them to become happy, jolly, good- humored guys with a love of jokes and laughs. They eventually joined the police force and went on to start their own private investigation service, Valiant & Valiant, in 1934.

In their service as private investigators, they were known for working largely on Toon cases, such as the kidnapping of Donald Duck's nephews in 1937 or clearing Goofy of accusations of espionage in 1940, both seen as newspaper clippings in Valiant's office.

However, during another investigation in the early 1940s, he and Teddy were chasing the unknown Toon form of Judge Doom who was robbing the First National Bank of Toontown (the home of all the Toons). During the chase, Doom dropped a large grand piano on them from 15 stories up. Eddie survived, only with a broken arm, but Teddy was killed. After his death, Eddie developed a hatred for Toons (Up to that point, he and Teddy loved going to Toontown and working with the Toons), lost all of his sense of humor and positive outlook on life in general, turned to the bottle, and disappeared from the public eye.

Since turning to alcohol, Eddie became a subject of ridicule among the police force.

In 1947, R.K. Maroon of Maroon Cartoons paid Eddie Valiant $100 to photograph Jessica Rabbit, Roger Rabbit's wife, quite literally "playing pattycake" with Marvin Acme, owner of Toontown and founder of the Acme Corporation. When Acme is murdered and Roger becomes the prime suspect of the case, Valiant teams up with Roger to find the killer, and soon finds not only Acme's murderer, but the murderer of R.K. Maroon, and his own brother who turns out to be Judge Doom who is really a Toon wearing a human mask.

Valiant manages to defeat Doom by gushing out Dip on him from the Toon Destroyer, causing him to melt and scream "I'm melting! Melting!", a reference to the Wicked Witch of the West in The Wizard of Oz (1939), who melts when she gets water splashed at her. After defeating Doom at Acme Warehouse, Eddie ended his vendetta against Toons after avenging the death of his brother Teddy at the hands of Doom and walks home with Roger and Jessica Rabbit and his girlfriend, Dolores.

In addition, his tapping into his long- lost sense of humor to defeat Doom's henchmen rekindled his love of laughter and jokes, so he presumably returned to his happy, optimistic former self from then on. With Doom dead for good, his brother Teddy is avenged and he can finally rest in peace. 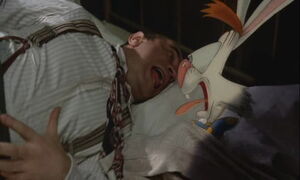 Eddie's comedic scream upon seeing Roger sleeping in his bed. 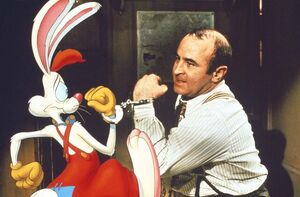 "Idiot! I got no keys for these cuffs." 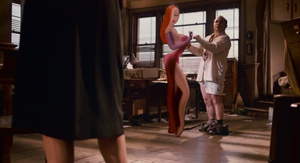 Jessica being a femme fatale to Eddie. 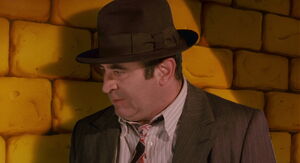 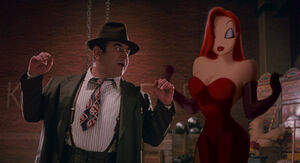 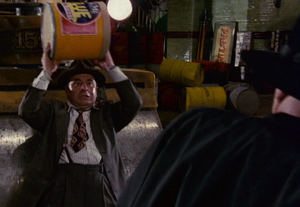 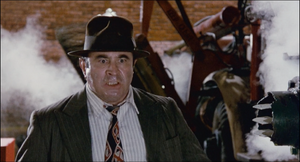 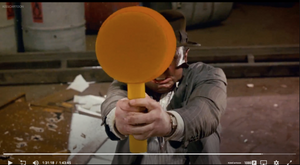 Eddie Valiant finally kills and defeats Judge Doom by using a Toon Mallet to shoot out a Boxing glove and hits the valve that unleashes "The Dip" on Judge Doom and kills him. 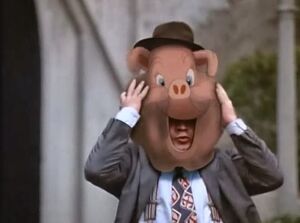 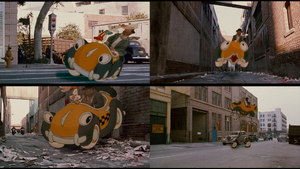