To keep Bloo out of trouble

To stay away from Mac's brother, Terrence (succeeded)

Eduardo is one of the main characters from Foster's Home For Imaginary Friends. He is large, purple and speaks with a spanish accent. Despite his size, he actually has the mentality of a friendly toddler. He speaks "Spanglish."

He was voiced by Tom Kenny.

Eduardo was imagined by Nina Valerosa, a girl, now adult, to save her from a group of bullies. When she outgrew him, Nina took Eduardo too Foster's home for imaginary friends, an institution created by Ma'dam Foster to take-in imaginary friends whome children outgrew and either reassign them to new children or given them an indefinite home so as to not remain dependent on/for their original creators into adulthood.

Eduardo is one of, if not — the — gentlest Imaginary friend in the whole house. Though he tries to be protective he is by nature a complete coward. He is easily frightened and runs away almost instinctively from danger, yet will try to use himself as a barrier between said danger and his friends. When Bloo comes to Foster's Eduardo is already a long time resident. Eduardo helps Bloo adapt to the new environment and informs Mac of the various intricacies of imaginary friends. He is often seen in the company of Coco and Wilt.

Eduardo's shear size counts for a lot and he is substantially stronger than anyone else in the house. His strength in combination with his non-assertive demeanor often has him doing more of the labor incentive work around the house. His tiny feet, however make him top heavy, and he frequently falls — this is in addition to just being clumsy by nature. Eduardo can run very fast, not super-human but still very fast. Eduardo's speed is almost exclusively seen in action when he is running away from things. Eduardo is very dim and easily tricked, leading to a character who is almost all brawn and no brains. What Eduardo does have a deep understanding though is Foster's Home For Imaginary friends, his tenure there has seen to it he knows many (though not all) of the little secrets and elaborate rooms and older residents. Eduardo has demonstrated a love and talent for cooking, resulting in him being asked more than once to cook for his house-mates. 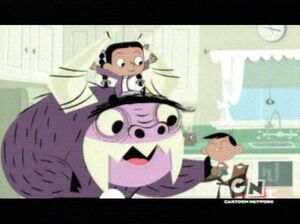 Edurado with his creator Nina back when she was still young. 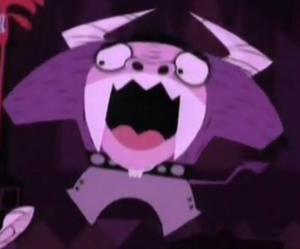 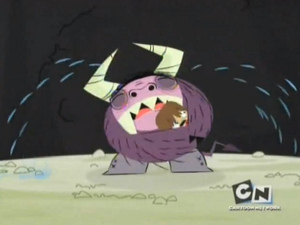 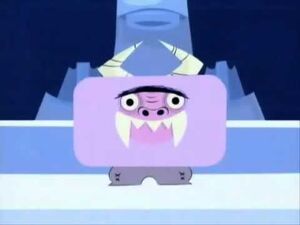 Eduardo as a bar of soap. 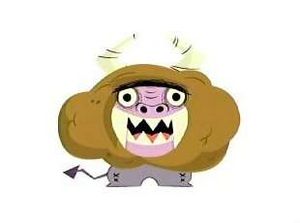 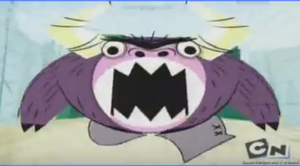 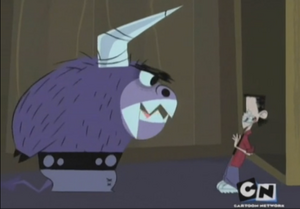 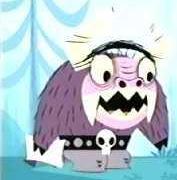 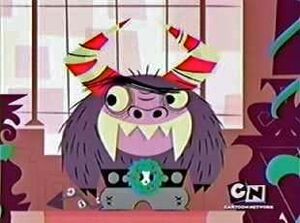 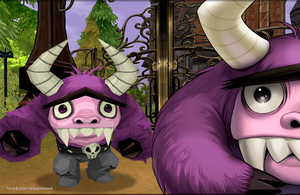 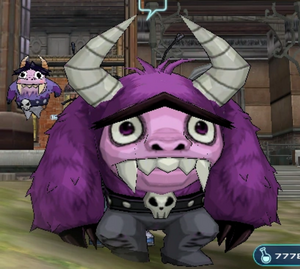 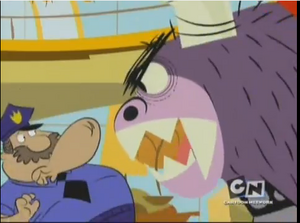 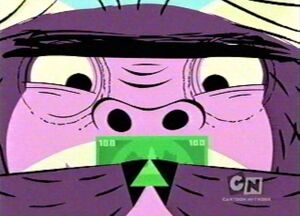