Cutting hair, being with Kim Boggs

Belong in the world. (failed)

Edward Scissorhands is the titular main protagonist of the 1990 film of the same name.

He was portrayed by Johnny Depp, who also played Captain Jack Sparrow in the Pirates of the Caribbean franchise, Willy Wonka in Charlie and the Chocolate Factory, and The Mad Hatter in Alice's Adventures in Wonderland and Alice's Adventures Through the Looking Glass.

Scissorhands was made by a very old inventor. His inventor gave him everything but one thing: hands. Sadly, the inventor died before Edward could be completed.

Most of the neighborhood grows to accept and love the strange newcomer, but his innocent morals and unusually kind nature makes it clear that he does not fit in within the 'normal' world.

There is a dramatic showdown with Jim, Kim's abusive boyfriend and a series of confusions lead the town to alienate him as a dangerous outsider.

At the end, Edward goes back to his lonely castle home and Kim kisses him which she tells him that she loves him.

Later, Kim tells the town that Edward and Jim killed each other, ensuring that Edward will be left in peace forever. The last moments of the film reveal how much Edward's brief presence changed the town and Kim. 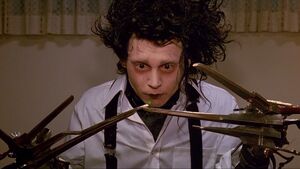 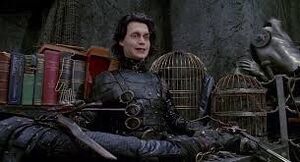 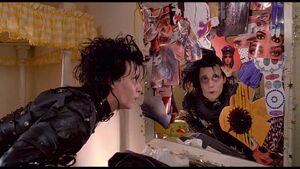 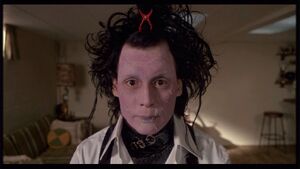 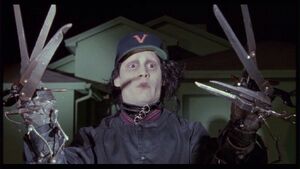 Edward was in trouble 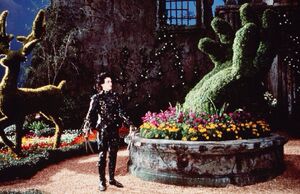 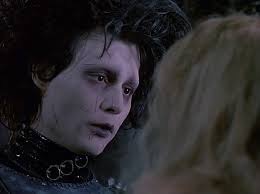 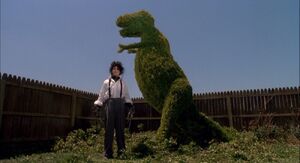 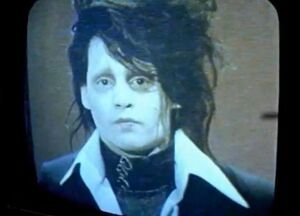 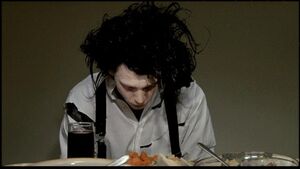 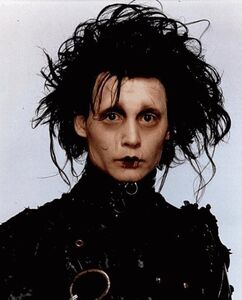 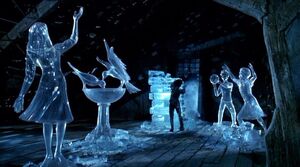 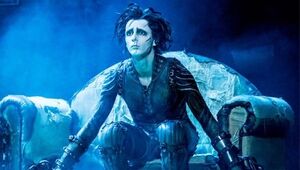