Comic Relief Genius
Edward Wong Hau Pepelu Tivrusky IV is a major protagonist in the anime series Cowboy Bebop. She is an elite net-diver from Earth, hacker "Radical Edward" is a very strange, somewhat androgynous, teenage girl assumed to be around 13 years in age. She has a feral aspect reflected in her mannerisms, bare feet, strange postures and gangling walk.

Ed is a skinny, copper-colored teenage girl with tufts of bright red hair. She is drawn with red cheek marks to accentuate her youth. Edward wears a loose sleeveless white T-shirt, tight bicycle shorts, and she is barefoot. Once she attempted to wear socks in Mushroom Samba but she immediately lost her balance, suggesting she may have never even worn shoes. She permanently wears a pair of large green goggles on her head or dangling from her neck. The goggles hook up to her computer and allow her to "net dive". Her somewhat androgynous appearance often causes her to be mistaken for a boy.

Ed has displayed many unusual character traits that are common of a teenager, eccentric genius and a wild animal. She is a free spirit that sometimes shows emotion by growling or howling like a dog. Edward rarely walks in a normal fashion; she instead prefers to run with her arms flailing, crawl on the ground, roll in somersaults, or walk on her hands. She is always talking about herself in the third person point of view and will sometimes respond to a character in nonsensical phrases. However, there is also plenty of evidence that underneath her eccentricities is a kind and caring girl.

Edward was born on Earth.

Seven years prior to joining the Bebop, she was left (abandoned) at a daycare by her extremely absent-minded father, Mr. Appledelhi, (he had forgotten all about her), then she found her way to a Catholic orphanage where she stayed for two years.

When she met the crew of the Bebop, she was living as a nomadic hacker armed only with her computer, Tomato. She had developed a folk hero-like status among many Earthlings who created larger than life descriptions of her. At her core, Edward is a joyful adolescent with an affinity for souvenirs, pinwheels and Ein the Pembroke Welsh Corgi. Her full name is Edward Wong Hau Pepelu Tiverusky IV, a name she made up because she thought it sounded cool. 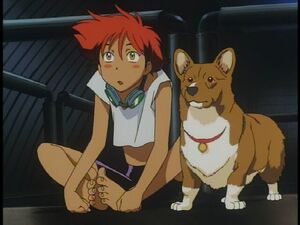 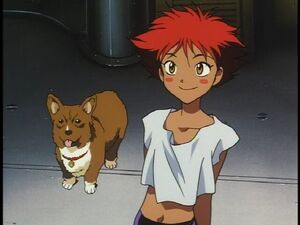 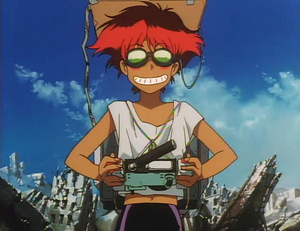 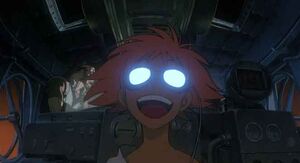