Edward the Blue Engine is one of the oldest engines on the Fat Controller's railway in Thomas the Tank Engine & Friends and The Railway Series, and the first of the current fleet to arrive on Sodor. He was created by the Rev. W. Awdry. Edward is reliable, helpful, kind, friendly, very wise, and proves to bigger engines how really useful he is. Whenever there's trouble, it's Edward that Sir Topham Hatt turns to restore order. Like James, Edward is a mixed-traffic engine, meaning he can pull coaches or trucks respectively. He often works as a back engine, helping push heavy trains up Gordon's Hill. Edward also has his own branch line which he runs with help from BoCo, and sometimes Donald & Douglas.

Though Thomas is the character most people think of in the franchise, Edward was the first engine to be introduced in the original Railway Series books, When his son, Christopher, was ill in bed with Measles in 1942, the Reverend Wilbert Awdry entertained him with a story about a little blue engine. The story was told on a question-and-answer basis:

Why is he sad, Daddy?

Because he is old and hasn't been out in a long time.

What is his name, Daddy?

And so it began, with a story about how Edward, after so many years of being left alone in the shed, was finally allowed out. Over the years, Edward's age and capabilities would often be the butt-end of jokes and mockery by the other big engines; however, whenever they were in trouble, they would always realise how wrong they were, when Edward proved himself to be just as Really Useful as them. In the twenty-first series, James accidentally destroyed Edward's berth at Tidmouth Sheds, forcing him to move in with Philip the Diesel Boxcab at Wellsworth Sheds. Upon realising how much closer he was to his own branch line, the Fat Controller allowed Edward to be reallocated there. As such, he is no longer a member of the Steam Team.

Edward overall is kind-hearted, helpful, clever, friendly, patient and a very wise engine. He admits that he has never broken down in ages and proved to be very reliable. He is a hard worker too and always does his best to finish the job. If ever an engine misbehaves or acts out, it's Edward that the Fat Controller turns to in order to soothe things out. Due to his patience and kind nature, Edward is one of the few engines who can successfully handle the Troublesome Trucks without any problem. Perhaps due to his age, Edward also has a penchant for telling stories set in the past, and when Halloween arrives on Sodor, is the go-to engine for ghost stories. In the Adventure Begins, he is a mentor to Thomas the first time he arrives on Sodor.

However, his persona slightly changed from the eighth season until the fifteenth season, almost close to making him out of from his true character. He acted cheeky like Thomas, had a lack of confidence in himself in that he keeps secrets from the other engines and Sir Topham Hatt, when he was once leaking steam and likewise when he was told to pull the post train whilst Percy was being repaired. Sometimes, he acted in a way similar to James.

His original persona returned in the seventeenth season. In the eighteenth season, especially in the episode "Old Reliable Edward", Edward is shown to be sarcastic and to have a limitation to being patient towards Gordon who never said "Thank You" to him after helping Gordon to give him a push up the hill. After Gordon was tricked by Thomas, Edward sarcastically teased Gordon in that he is not really reliable due to always being stuck on his own hill, and due to always calling Edward "Very old and unreliable". Even so, in the end, Edward helps Gordon up the hill and Gordon finally thanks, Edward. 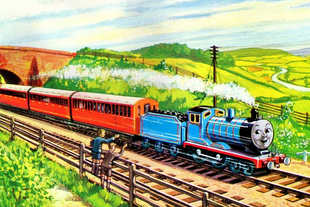 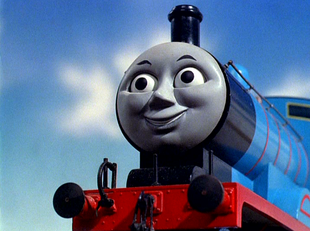 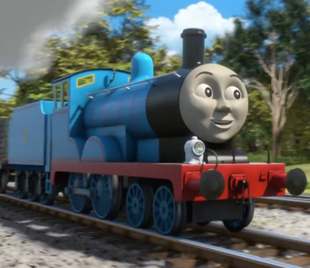 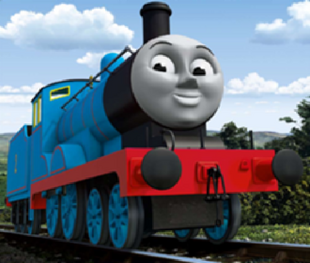 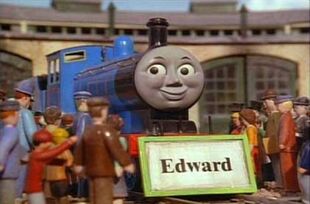 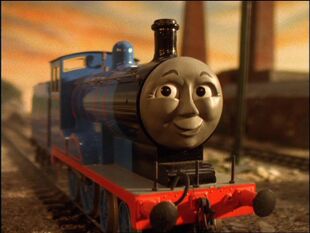 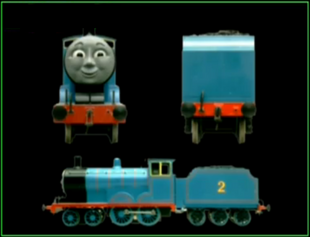 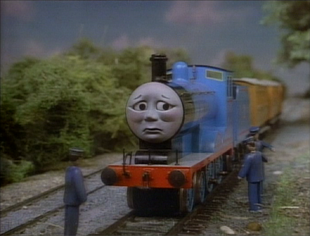 Edward stranded due to a broken crankpin 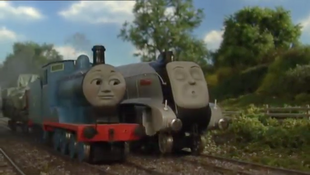 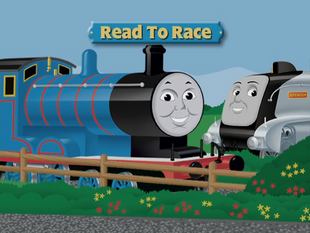 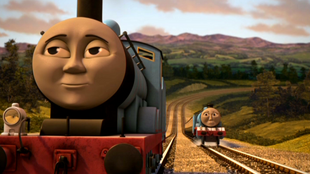 Besides being wise and kindhearted, Edward also can be sarcastic 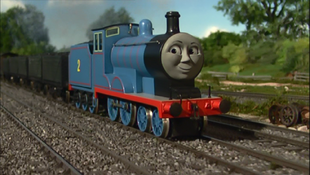