Partying
Being with friends

She was portrayed by Kaya Scodelario, who also played Teresa Agnes and Carina Smyth.

Effy was well renowned for her incredible cognivtive and intellectual abiltiies which rivaled even that of her brother, although unlike him Effy was a more caring person who showed genuine love and affection for many more people. She also played up a very mysterious and dreamy vibe in her behaviours and mannerisms giving her a severe cool factor that many people in the series admired.

Behind this exterior however Effy harbored a dark secret. Effy suffers from Physcotic Depression likely brought on thanks to her repressed memories which included several accounts of trauma and heartbreak.

By the time of her early twenties Effy was in reasonably decent place albeit she was very stressed in under pressure from her job constantly and would frequently complain about the annoyances brought on from those around her.

Effy is a beautiful woman of thin physique with pale skin, striking blue eyes and thick long auburn hair. She often had a seductive and snarky smirk on her face usually exhibited on most pieces of promotional material for the show as well in his several scenes. Her clothing usually consisted of dark colours and was often fairly flashy and extravagant with items such as flowy dresses with moonlight or animal style patterns, fishnet tights, tight chelsea boots, cherry red doc martens and dark jackets and cardigans being the most prominent pieces in her wardrobe. 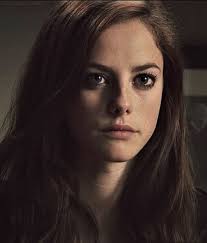 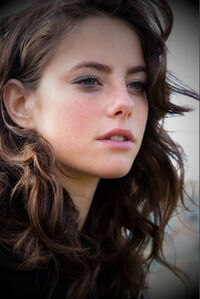 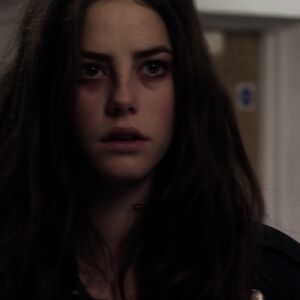 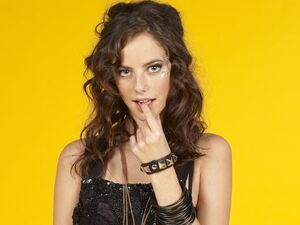 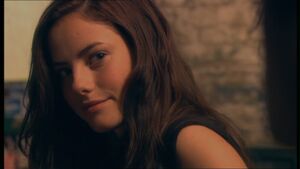 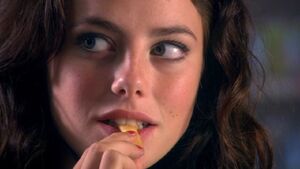 Retrieved from "https://hero.fandom.com/wiki/Effy_Stonem?oldid=1898499"
Community content is available under CC-BY-SA unless otherwise noted.