Heroes Wiki
Register
Don't have an account?
Sign In
Advertisement
in: Heroes Of Folklore, Vigilante, Noncorporeal,
and 40 more

Lead people to their destination.

This story occurred in the mid-19th century but has survived through the stories of the inhabitants of Huilquilemu.

A man called Pancracio Sóto that in his youth , He was part of the liberating army, his courage and commitment to duty caught the attention of one of his officers , who after the consummation of independence , made him her henchman,

They were hard times, the roads were dangerous , Pancracio assumed as his fundamental work , protecting his employer, for this as more than one occasion tried to fill it in with this task , he insisted on being her coachman.

But one night his luck would change , When trying to cross the Lozqueñez bridge , he saw in the middle of the road a stranger who tired begged him to take him to town , However it was actually a robber who wanted to distract his attention, It was not easy to fool Pancracio ,He looked at him suspiciously , and he got ready to continue his journey.

But it was too late , another thief was already on the coach , who when seeing that it would not be so easy does not hesitate to cut off his head.

The assailants were petrified looking at that horrible scene ,

, The Coach continued its unbridled race until it reached its destination , His boss still thinking about the conversation what have you shared with your friends, He did not notice the supernatural fact that was between his eyes , When they reached the bottom, like every night, the boss said goodbye without hearing any answers and entered his house. The Coach moved forward and its macabre silhouette was lost in the shadows , Since then every full moon night appears on the roads of Huilquilemu, looking for the guilty... 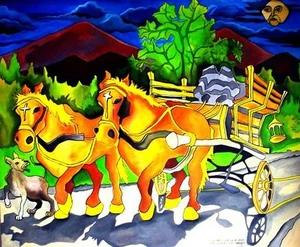 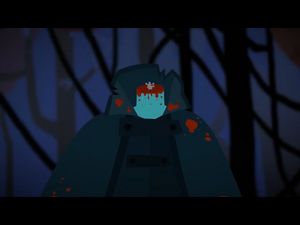 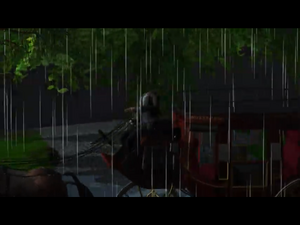