Elfin is a protagonist and Preyas' girlfriend from Bakugan. Like Preyas, Elfin can change the attributes to Ventus, Darkus and Aquos. She evolves into Minx Elfin. She is the guardian Bakugan of Marucho and she also known Preyas before he was captured by the Vestals. She has a frog-like head on her head.

Minx Elfin first appears when The Six Ancient Soldiers gave their attribute energies to Drago and the other Resistance Bakugan. Elfin gained Frosch's Aquos energy and evolved into Minx Elfin.

She helps Cross Draganoid and Magma Wilda battle Helios MK2 and won, although in the end it really came down to a battle between Maxus Cross Dragonoid and Maxus Helios MK2 after Elfin and Wilda were defeated.

In episode 35, she had left on her own since her and Preyas had been arguing a lot and was almost taken by Shadow Prove and Prince Hydron until Preyas and Marucho came to rescue her. Minx Elfin and Preyas later battled against Dryoid and MAC Spider. When Preyas nearly got hit by Shadow's MAC Spider's ability: 'Spider Cannon,' she sacrificed herself to save Preyas, losing the Aquos Attribute Energy. Preyas became enraged, and fiercely defeated Shadow's MAC Spider and Hydron's Dryoid. After the battle Elfin and Preyas argued about Preyas admitting his feelings about her.

In episode 40, She battles Aluze and Mac Spider along with Knight Percival, but they both lose, thanks to Professor Clay's cheat in which their Gs would automatically revert to their base level in the Mother Palace.

In episode 44, when Spectra Phantom returns for yet another rematch, she encourages Drago along with Saint Nemus, Knight Percival, Magma Wilda, and Master Ingram.

In episode 51, she fought the Alternative with the rest of the Brawlers, and later in episode 52 they managed to destroy it. During this episode, Minx Elfin played a major part by shielding the team with 'Mega Blue Shield', along with Saint Nemus.

In episode 44, she was seen with the army of Bakugan to defend New Vestroia. When Amazon was destroyed she jumped forward to make an attack out of anger. Preyas followed her trying to stop her. She was destroyed by Mechtavius Destroyer. She was later revived due to the brawlers traveling back in time and stopping Mechtavius Destroyer from getting off of Volcano Island. 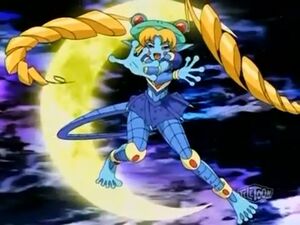 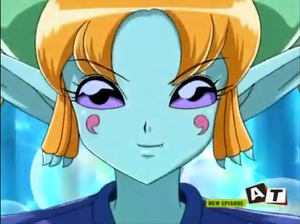 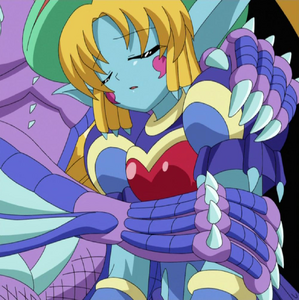 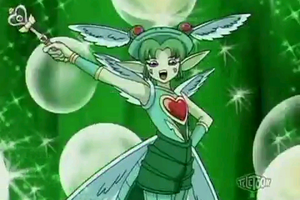 Elfin as a Ventus Bakugan 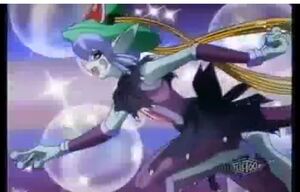 Elfin as a Darkus Bakugan
Add a photo to this gallery

Retrieved from "https://hero.fandom.com/wiki/Elfin?oldid=2272620"
Community content is available under CC-BY-SA unless otherwise noted.