Eli Ayase is one of the nine main characters in Love Live!. She is 17 years old and a third year in high school. Eli was born on October 21 and is a Libra. She has blonde hair that is tied up into a ponytail and blue eyes. Her main color is blue/light blue. She is 162 centimeters tall, and her blood type is B. She is the center of BiBi, a mini idol unit under μ's.

Eli is partly Russian from her paternal grandmother. Because of this, she is known to say the Russian word "хорошо" (pronounced as "Harasho"), which means "Good" or "Okay." Eli first says it in Season 1 Episode 10 when Umi Sonoda was awoken by the girls' pillow fight and she threw "supersonic pillows" in her rage.

She has a younger sister named Alisa Ayase. She told Umi that her family has been living abroad since they were little girls and haven't really adapted to the lifestyle in Japan yet. Her paternal grandmother is also a ex-student of Otonokizaka High School, which furthered her urge to defend her school from getting shut down.

In Season 1 Episode 7, it is shown that her mother and paternal grandmother did ballet through the glimpse of the photos in her room, and it's a legacy passed down to Eli as she was also a ballet dancer herself when she was a child. However, later it is revealed that Eli was actually at the bottom of the list in ballet compared to the other dancers and could barely pass the auditions. Due to her constant failures, she gave up her dream of becoming a ballet dancer and gradually tried to close her heart and distance herself from her dream to shine and dance again.

Eli is shown to be a perfect role model to the students in Otonokizaka High School. With her as the student council president, she is often portrayed as a cold and strict character due to her responsibilities, and being against the idea of Honoka Kousaka and her friends forming an idol group to get more attention from the public. This position made her the main antagonist for the first eight episodes of the show. However, ironically, Nozomi Toujou reveals that Eli was also trying to save the school, but was denied permission to take action by the chairwoman. Eli is highly respected and well-known among the students, especially among her juniors. Unlike Nozomi, she appears rather stoic and skeptical in the early episodes, but it is shown that Eli is actually very kind and caring towards people that are close to her, like her little sister. Despite of that, she is also dependable as her grandmother entrusts her to prevent the school from getting shut down. Other than being admirable, Eli also has a lot of fans in the school. Ever since she joined the group, their popularity rise and became quite famous in the school idols ranking. Honoka also complimented her beauty, saying she is beautiful, tall, and has a great body shape. On top of that, she is also very mature and level-headed and acts as a strategist in promoting their group as she planned to introduce μ's in Akihabara by having a street performance.

She is Otonokizaka High School's student council president before Honoka succeeds the position. She's also good at quilting and crafts and is part of the Idol Research Club. 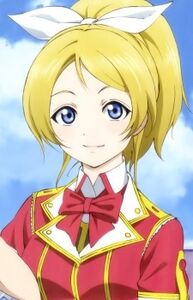 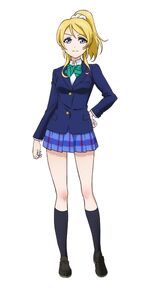 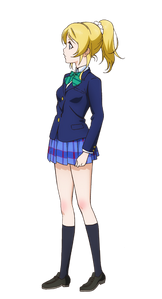 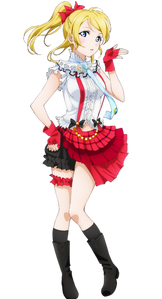 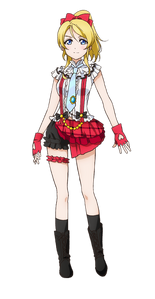 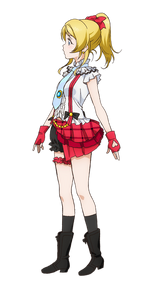 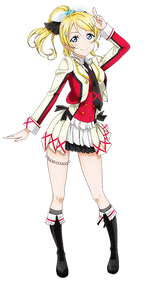 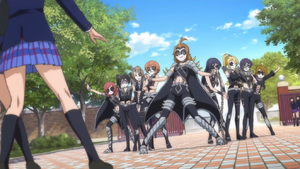 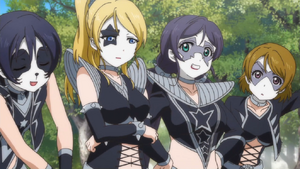 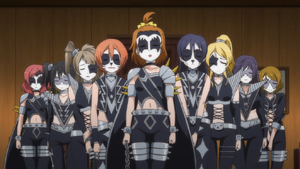 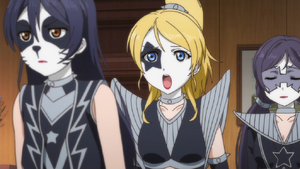 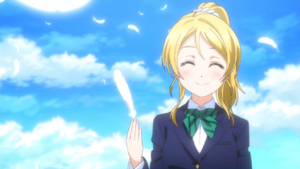 Add a photo to this gallery
Retrieved from "https://hero.fandom.com/wiki/Eli_Ayase?oldid=2142883"
Community content is available under CC-BY-SA unless otherwise noted.