The Elite Four are the antagonist heroic group created by Satsuki Kiryuin who try to put a stop to Ryuko Matoi in the popular anime series, Kill La Kill.

Elite Four (四天王 Shitennō?), sometimes referred to as the Four Heavenly Kings or the Four Devas, are the top members of the student council, answering only to Satsuki Kiryūin. All of them have a Three-Star Goku Uniform. They are:

Every member of The Elite Four has a role to play in the school system. Ira Gamagōri is Satsuki's enforcer, Uzu Sanageyama deals with athletics such as the tennis and boxing, Nonon Jakuzure deals with non-athletic activities such as gardening and musical plays, and Hōka Inumuta is in charge of strategics and research. 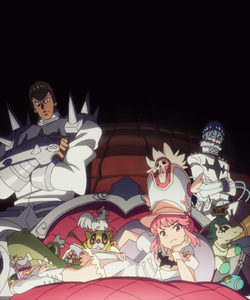 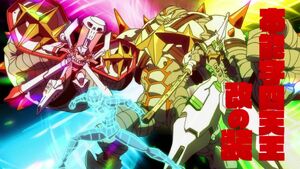 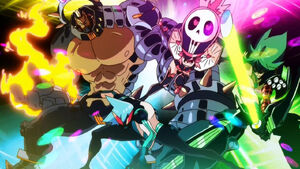 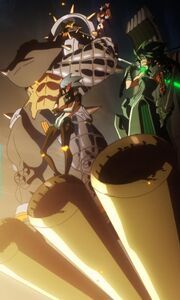