Helper
Ellie the Elephant is a supporting character who helps out in Donkey Kong Country 3: Dixie Kong's Double Trouble.

Ellie appears as a helper of the main characters, she can shoot water of her trunk.

Ellie appears as a background character right of the coin counter

in Super Smash Bros. Ultimate, Ellie appears as a novice support spirit in world of light who increases the user's Water & Ice Attack, her spirit battle is against fours purples Squirtle who favors using his special moves on Jungle Japes stage 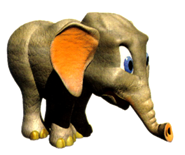 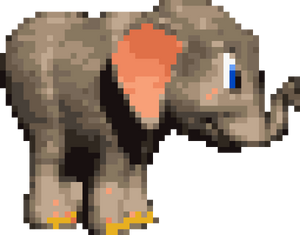