Hanging out with Mo

Find out why he was sent to The Centrium (ongoing)

Reunite with Frankie and Mo(ongoing)

Elliott is the titular protagonist of the Cartoon Network show Elliott from Earth. He is an eleven-year old human boy who lives on a spaceship called the Centrium along with his mother, Frankie, and his dinosaur friend Mo. It is revealed that Elliott moved very frequently on Earth.

He is voiced by Samuel Faraci.

Elliott is a red-headed human boy of short stature. He has circular eyes, a pointy nose, thick eyebrows, and round ears. His typical outfit consists of a light blue sweater with darker blue trim on the sleeve ends and collar, dark blue jeans, and yellow and white sneakers.

Elliott is a friendly, enthusiastic, adventurous, and somewhat impulsive kid. His tendency to rush into things without fully thinking them through oft lands him in trouble. A compassionate soul, Elliott tends to be well-meaning, helpful, and sympathetic even towards his enemies.

Elliott has frequently moved from place to place on Earth since he was born. Due to this he found it difficult to fit in or make friends anywhere. One fateful day after a failed attempt to befriend a teenage gas station employee who shares his name, Elliott accidentally activated the powers of a strange meteorite owned by his mother, causing the pair to transported to another world. It is here where they first met Mo. A two-headed alien named Kane informed the trio they were in a biosphere and took them to the Centrium City. Desperate for a place to stay, they got an offer creepy looking alien, which they declined, instead taking up the offer of a kindly old lady who was actually a gorgon who turns people into ice sculptures. After convincing her to unfreeze her previous victims, they took up the previous offer and got new homes.

When he woke up the following morning, Elliott assumed the previous events were a dream, only to be informed by his mother that they were not. A droid named 105E arrived at their door and took them to the Hive, essentially an alien school, where the boy decided to enroll after the hive director gave him a tour.

Elliott continued to have adventures around the Centrium. The day he told Mo about the extinction of the dinosaurs, Everyone in Centrium City suddenly became incapable of speaking the same language. Following his mother, Elliott approached the head of the Hive for answers. An alien who could speak English informed them that the babeldrogs, which serve as translators for the entire Centrium, were broken. Followed by Mo, they went to the biosphere to see what was going on. Mo managed to retrieve the rock, and fix the babeldrogs, but he and Frankie accidentally reactivated its powers sending them to an unknown planet and separating them from Elliott. 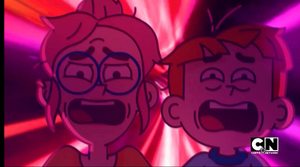 Elliott and Frankie traveling through hyperspace. 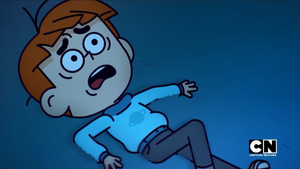 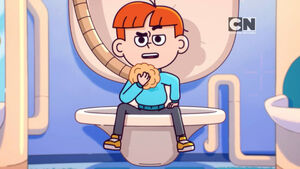 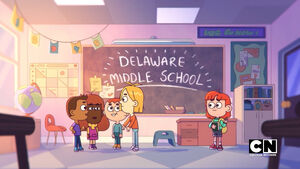 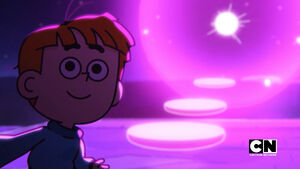