Bring Tohru to the other world (failed; abandoned)

Elma is a supporting character from Miss Kobayashi's Dragon Maid. She is Tohru's rival and Kobayashi's kohai at work.

She is voiced by Yuuki Takada in Japanese Version and Rachel Glass in English Version.

Elma usually takes the form of a human woman with short black hair dyed purple at the ends, and a long unicorn-like horn (which she can freely hide). She has blue eyes and wears glasses when working.

Elma wears a light tan scarf with a black leotard. She wears a purple kimono with pink piping and a dark blue sash over the leotard, with the top pulled down. She has bandages around her legs and sandals. She can be seen with a cobalt blue and turquoise tail (which she can freely hide). Sometimes, she carries around a long, brown trident.

In her dragon form, Elma is a blue sea serpent with a brown horn protruding from her forehead.

Elma loves sweets and can easily be bribed with them, to the point where she will devour any food she gets, sometimes forgetting what she was doing before eating.

Also, as a Harmony dragon, she tries to follow her race's laws about interfering on earth, specifically not to. How successful she is (and how strict she is) varies, however. 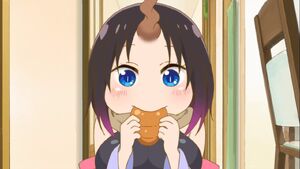 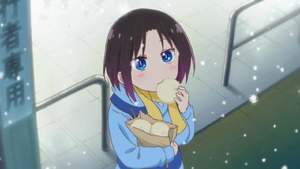 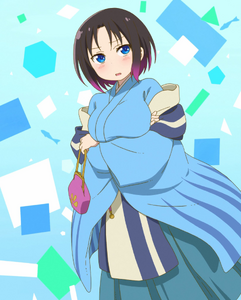 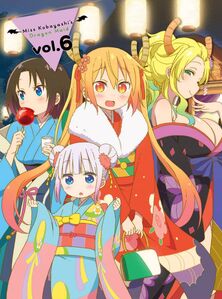 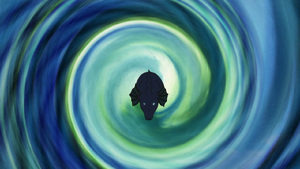 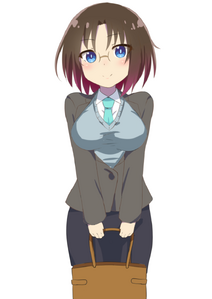 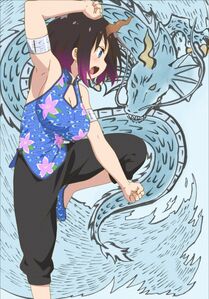 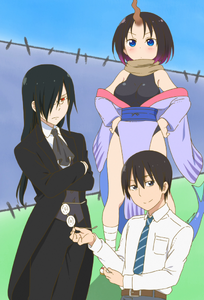 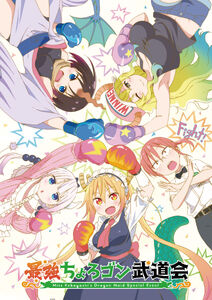 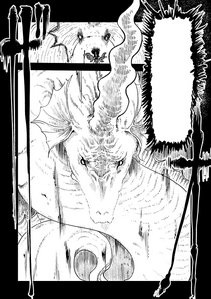 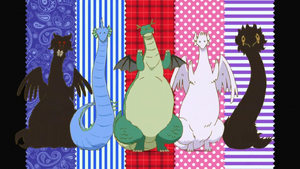