To capture cute animals and make them her pets

She is a sweet and affectionate 12-year-old girl with orange hair, long eyelashes and wears a light blue short puffy-sleeved blouse with frilly white cuffs and a collar, a light blue bow with a tiny animal's skull, a white knee-length pleated skirt, a matching training bra, white ankle-length socks and black strapped Mary Jane shoes. Despite her being an unintentional villain, she actually had her episodes where she was the hero. She is obsessed with pets, and can be so loving to them that it hurts them. But there are times where she does demonstrate proper pet care. 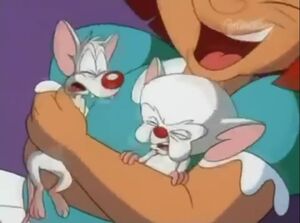 Elmyra hugging Pinky and the Brain 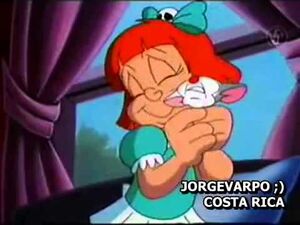 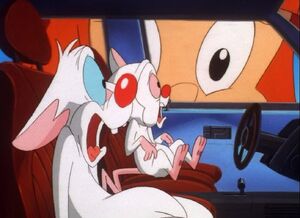 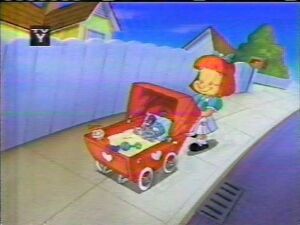 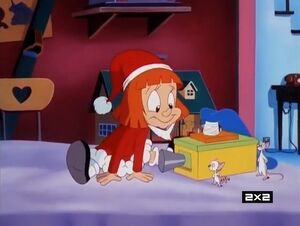 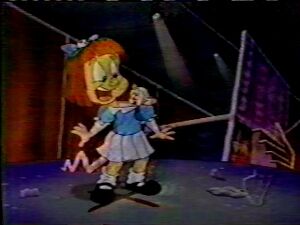 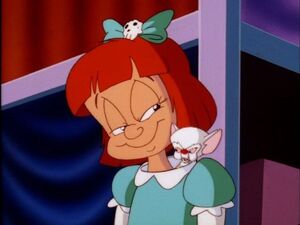 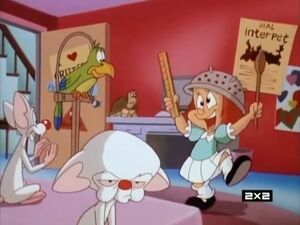 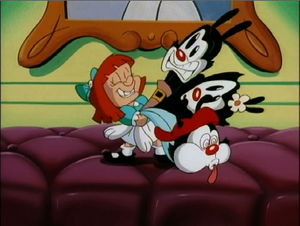 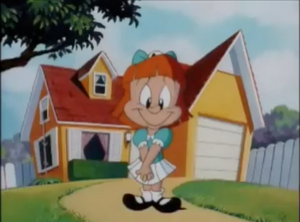 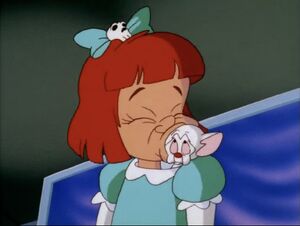