Mistress of the Dark

Elvira (Aunt Morgana Talbot) is the host of the TV series Elvira's Movie Macabre. She is dubbed the "Mistress of the Dark" and known for her gothic, scantily clad wardrobe along with a dark sense of humor. She is portrayed by Cassandra Peterson.

As the host of Elvira's Movie Macabre, Elvira presented a movie to her audience every week. The movie was usually a low budget horror movie, with "so bad, it's good" qualities. Before every commercial break Elvira, would comment on the film and often made jokes about the bad acting and production.

Elvira soon became a figure in her own right. She is often associated with Halloween, and as Elvira became more popular, many Halloween themes and decorations became associated with Elvira.

Elvira, Mistress of the Dark

The Elvira character became so popular, that soon, a movie was released. In Elvira, Mistress of the Dark, Elvira quits her job as a TV show host and finds out she is an heir to her Great-Aunt Morgana's estate. Elvira is thrown into trying to live a "normal and conservative" life, despite the fact she is a mistress of the dark and temptress.

Elvira - Mistress Of The Dark 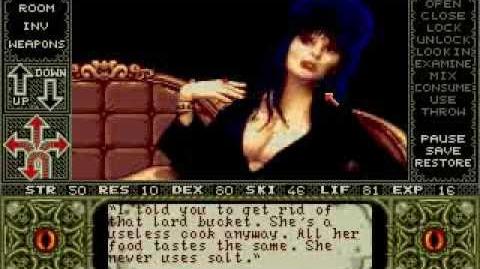 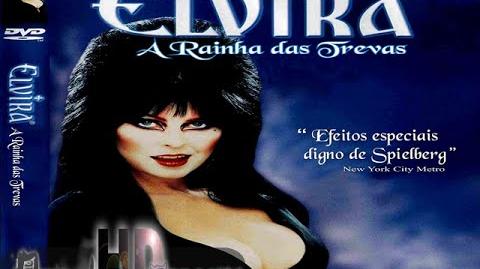 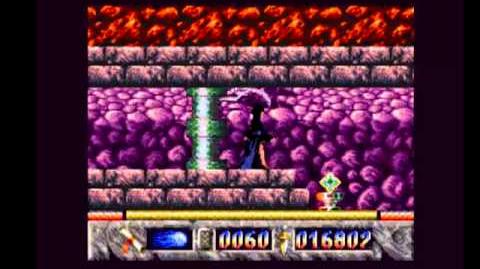 Elvira The Arcade Game (Fire World) walkthrough
Add a photo to this gallery
Retrieved from "https://hero.fandom.com/wiki/Elvira_(Aunt_Morgana_Talbot)?oldid=1688945"
Community content is available under CC-BY-SA unless otherwise noted.