Studying the Force through meditation.

Discover the cause of the Great Hyperspace Disaster and stop the Emergences (succeeded).
Apprehend the leaders of the Nihil (failed).

Charismatic Protector
Elzar Mann is one of the main protagonists of the Star Wars: The High Republic multimedia project.

Mann was a member of the Jedi Order well known for his unorthodox methods and creative use of the Force. He was particularly close with fellow Jedi Avar Kriss and Stellan Gios, the former of which he held a forbidden and secretive love for. His emotions had more control over him than other Jedi, and he struggled to adhere to the Jedi Code in regards to his chastity.

After the Great Hyperspace Disaster saw debris emerge from hyperspace and nearly devastate the Hetzal system, Mann was tasked by Supreme Chancellor Lina Soh with investigating the cause of the event alongside Avar Kriss. With the help of the Republic's best and brightest, the two Jedi discovered the perpetrators to be a large marauder group called the Nihil. Mann subsequently participated in the Battle of Kur, during which the Nihil were believed to have been almost wiped out.

Shortly after the Battle of Kur, Mann began suffering from horrific visions of a possible future where the Jedi ran fearfully for their lives as they were slaughtered by an unknown entity. The visions took their toll on Elzar, who tried to discern the meaning of what he had seen whilst also neglecting to tell anyone about his burden. During that troubling time Mann was given command of a Jedi outpost on the planet Valo.

Just over a year after the Hyperspace Disaster, a Republic Fair celebrating the culture of the Republic was scheduled to be held on Valo. However, the Nihil launched a massive surprise attack on the Fair that killed thousands of innocent citizens. During the chaos of the slaughter Mann briefly gave into the dark side of the Force, although he was able to re-center himself thanks to the former Jedi Ty Yorrick.

Elzar Mann was a human male considered incredibly beautiful, so much so that he could, in the opinion of the technician Keven Tarr, be the star of a holodrama. His short and wavy dark brown hair was swept back, and he had olive-colored skin and dark eyes. Like a majority of Jedi, Elzar Mann wore the robes of the Order.

Elzar Mann was born during the High Republic Era and was, like most Force-sensitives who were discovered, inducted into the Jedi Order at a young age. Raised in the Jedi Grand Temple on Coruscant, Mann was taught how to harness his connection to the Force and how to temper his emotions lest he be tempted by the dark side of the Force. After receiving training in his formative years under Jedi Grand Master Yoda, Elzar Mann was selected as the Padawan learner of the wise Jedi Master Roland Quarry.

Mann had a close relationship with fellow Jedi Avar Kriss and Stellan Gios, the former of which he had a forbidden romantic connection with during his teenage years. Eventually, Mann and his two close friends passed their Jedi Trials and became fully-fledged Jedi Knights. However, whereas Kriss and Gios were considered paragons of the Jedi Order admired by their peers, Mann was considered somewhat of an oddity due to his experimental applications of the Force. Although Gios and Kriss later became Jedi Masters, Mann was forced to stay as a Jedi Knight due to his eccentricities.

Over two centuries after the Great Disaster, the Jedi Order and the Galactic Republic both fell and a new governing body for the galaxy called the Galactic Empire reigned tyrannically. Luke Skywalker, a young Force-sensitive who sought to rebuild the Jedi and restore the Republic, visited the Living Sea of Gazian in hopes that the Vergence there would teach him about the Jedi's past and how he should move forward. After entering the Living Sea, Skywalker encountered the imprint of Elzar whose memories aligned with the time when he visited Gazian.

Skywalker told Mann about the current state of the galaxy as well as that he had been partially trained by Master Yoda who had survived the destruction of the Jedi. Mann proceeded to show Skywalker visions of what the Jedi had been during the High Republic Era and told him about how the Order had always been there for him and encouraged his growth. He ensured Luke that regardless of how alone he felt in the galaxy, the Jedi of the past would always linger to exist him on his quest. Although Mann wanted Skywalker to stay awhile, the young Jedi left the Living Sea with the intent to continue on his journey. 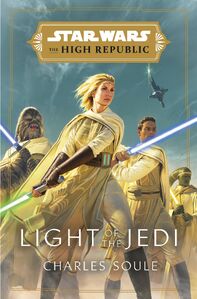 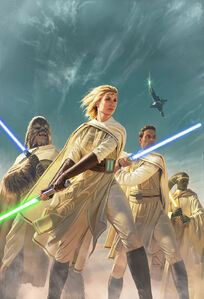 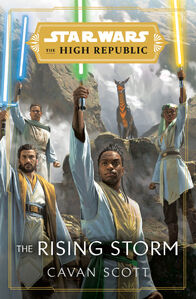 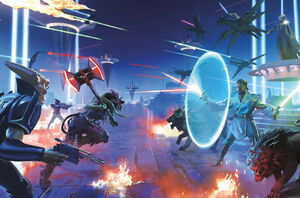