Close Encounters of the Herd Kind

To make sure Robbie and Donner's wedding goes to plan

Em is the sister of Donner, Robbie's sister-in-law, the love interest and eventual girlfriend of Prancer and one of the tritagonists in the 2007 Robbie the Reindeer film Close Encounters of the Herd Kind.

Em is Donner's sister who works for a top secret government agency that monitors alien life. She served as bridesmaid at Donner's wedding to her fiancé Robbie. Em is fiercely protective of Donner as she did threaten to pull every hair off Robbie with tweezers if he hurt her.

She later uses her agent skills to contact the Earth Guardians to help them defeat the Nargathrons and their leader Queen Vorkana after Donner is kidnapped by them.

After the Nargathrons are defeated and Robbie and Donner are married, Em starts a relationship with the best man Prancer (who had a crush on her from the start).

She is voiced by Keira Knightly. 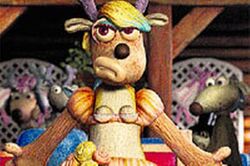 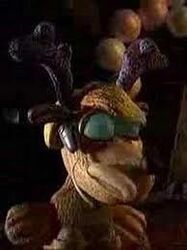 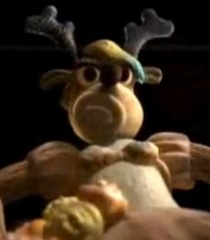 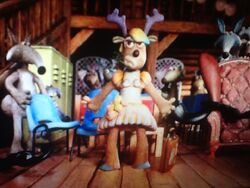 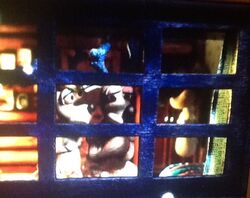 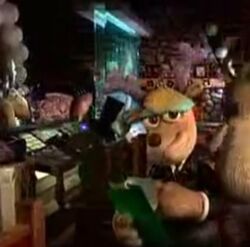 Em in her agent uniform.

Em and Prancer dancing
Add a photo to this gallery

Retrieved from "https://hero.fandom.com/wiki/Em?oldid=1609552"
Community content is available under CC-BY-SA unless otherwise noted.