Skilled in Transforming into a Ball Magic

Aunt Nastacia (technically, she is her creator)

Magic Doll
Emília the Ragdoll is one of the main protagonists of the novel books of Sítio do Picapau Amarelo (Yellow Woodpecker Ranch/Farm). She was a doll that eventually came to life and acts like a human being, and is a friend of the kids Pedrinho and Narizinho and the sage corn Visconde de Sabugosa. In the stories, Emilia is considered a heroine who helps characters from different realms and dimensions as the characters of fairy tales, the heroes of Greek mythology, and several other characters from popular culture.

She is an iconic heroine in Brazilian culture who has not only appeared in books, but also movies, TV series, comics, and more recently a cartoon, all based on the Sítio do Picapau Amarelo book series.

While in the books she is considered only a recurring protagonist in some stories, in the TV adaptations and other related media, she practically appears in all episodes, often having more prominence than most other characters, thus being considered the mascot of the franchise. Emilia often behaves like a curious and sometimes arrogant child, always wanting to be the center of attention. Her attitude often gets her into trouble, and she very often has to fight against the villains who attack her home of the Yellow Woodpecker Farm and mistreat her friends. During the series, she has rivaled many witches and mythical monsters such as Cuca, Carochinha, and Iara, even martians.

She is also responsible for keeping magical dust known for Pirlimpimpim which allows her to travel to other time periods, locations and even dimensions with her friends Pedrinho, Narizinho, and Visconde. During their adventures in these dimensions, she has become friends with other famous heroes like Hercules, Peter Pan, Don Quixote, Little Thumbling, Saint George, and various others. 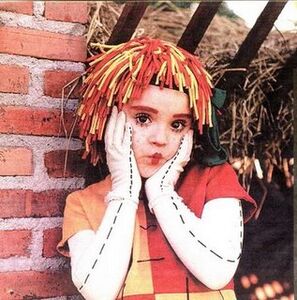 Emília in the Sítio do Picapau Amarelo TV series.

If you gotta dance, dance like the world is watching. 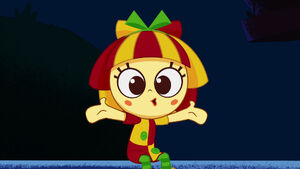 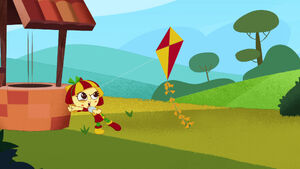