No information
Emilia is the main heroine in Re:Zero kara Hajimeru Isekai Seikatsu (lit. Re:Zero - Starting Life in Another World), a series of Japanese light novels created by the 2 authors: Tappei Nagatsuki and Shinichirou Otsuka. She is a beautiful, silver-haired, crossbred human-elf girl from the Frozen Forest and one of the candidates to be the next monarch in the royal election, describing her as the 42nd King of the fictional nation known as the Kingdom of Lugnica. Although most of the time she was still frozen in an icy forest, she is over a hundred years old, but her mental state appears to turn that of a teenager. 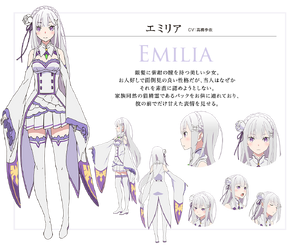 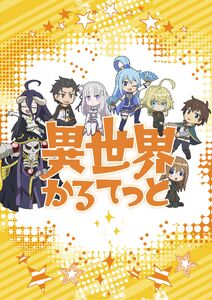 Add a photo to this gallery
Retrieved from "https://hero.fandom.com/wiki/Emilia_(Re:Zero)?oldid=1809362"
Community content is available under CC-BY-SA unless otherwise noted.