Wining the Builder Games with the competitors.

Win the Games from the Old Builders' place (succeeded).

Emily, also known as "Em", is one of the supporting antagonist-turned-protagonist and character in Minecraft: Story Mode Episode 8: "A Journey's End?". She is voiced by Audrey Wasilewski.

Emily is a heavily built person who is a competitor in The Games and therefore wears the official outfit of the green team, whom she is a member of. The outfit consists of a lime green and gray colored shirt and pants. Emily's outfit appears to have ripped sleeves which reveals a red and white wristband on her left arm. She also has black shoes and a purple hair tie on her left side. She has short, light brown hair with pigtails.

Em was a Villain At First and turned Anti-Hero. She made a deal with Hadrian. Am Betrays Jesse if you chose to work with her. If you chose to Save Nell she'll Win the race. If you don't save Nell. Em will Lose. She Redeem's Herself when she gives Jesse The Stone Sword. 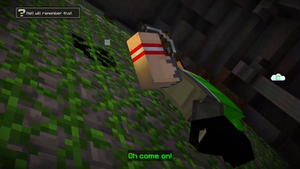 Em using water to get Jesse and Nell from not winning. 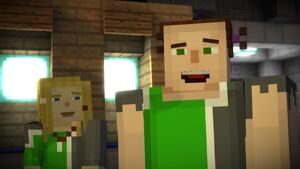 Em trying to make a deal with Jesse. 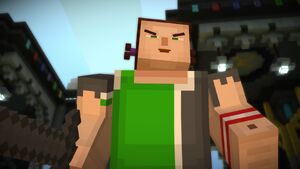 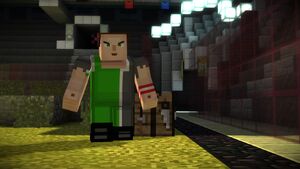 Emily walking to Jesse in The Walls. 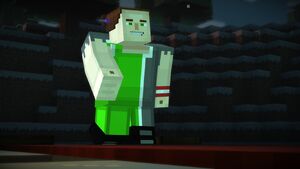 Emily at the end of the Lava Race. (Determinant) 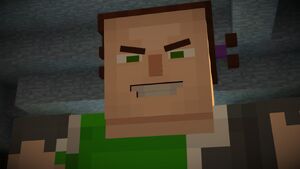 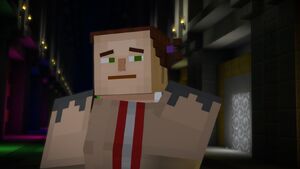 Emily in the Portal Hallway. 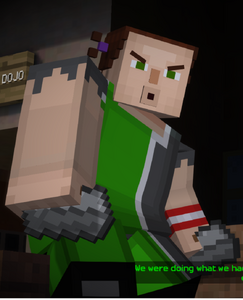 Emily in the Competitors' Village. 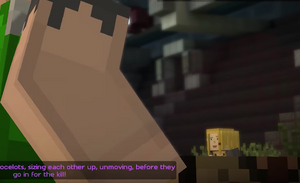 Emily about to give a sword to Jesse. 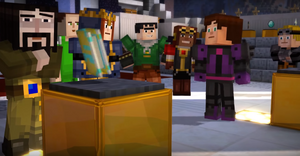