Having fun and adventures with Clifford

To take care of Clifford with lots of love

Emily Elizabeth Howard is the owner of Clifford who appears in Clifford the Big Red Dog and its prequel Clifford's Puppy Days, based on the children's book series by the late Norman Bridwell.

She is voiced by Grey DeLisle in the original PBS animated series, and by Hannah Levinson in the animated reboot.

Emily Elizabeth is very kind and considerate for her friends.  She is also pretty peppy. Emily is Clifford's owner as well as his best friend, having adopted him when he was a small puppy. Her love caused his enormous size resulting in them having to leave their city home for a new home on Birdwell Island.

Emily is known to be a very good skater and also great at soccer.

Emily usually wears school uniform which consists of a long sleeve pink shirt with a black skirt and black and pink striped knee socks and black school shoes. In the summer she wears butterfly light t-shirt, white shorts & sandals. In the movie and the Christmas version the black things in her outfit are purple.

Sometimes, if she's near the ocean, at the pool, or giving Clifford a bath, she would often wear a blue and white swimsuit. 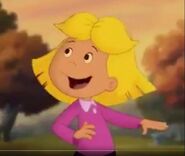 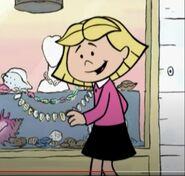 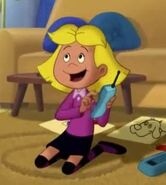 Emily Elizabeth founds out where Clifford, Cleo and T-Bone are. 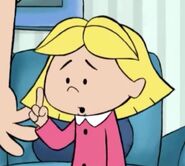 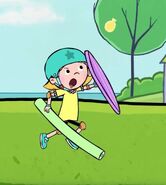 Retrieved from "https://hero.fandom.com/wiki/Emily_Elizabeth_Howard?oldid=1967812"
Community content is available under CC-BY-SA unless otherwise noted.