Being with her sister

To have a relationship with Noah (succeeded)

Lawful Good
Emma is a supporting character (alongside Kitty) from the 2015 spin-off series Total Drama Presents: The Ridonculous Race. She is the love interest, later girlfriend of Noah.

She was voiced by Stacey DePass, who also voiced Crimson in the same series, Saori Kido in Saint Seiya and Sharon Spitz in Braceface.

Emma is the opposite of her sister Kitty in almost every way; she is a no-nonsense, highly motivated law student and takes the competition very seriously. After being dumped by her ex-boyfriend Jake, Emma finds it hard to trust anyone and refuses to team up with any teams, even if said team are the among the nicest of people or are not the kind who would betray them. She sees her sister as a liability to her throughout the Race and does not let Kitty participate in challenges, even if Kitty is successful. Being a competitive-freak, Emma denies her faults and blames her sister or anyone else on several occasions for any mistake she has made. As the Race progresses, however, and after she experiences, new love, Emma realizes that winning isn't everything and starts to cherish her sister's effort, in addition to warming up to the other teams. Though she tends to be more level-headed than her sister, Emma acts differently when it comes to her love life, showing signs of obsession and begin to think of how she and her partner would spend their future together, which according to Kitty, was the reason Jake broke up with her.

In "None Down, Eighteen to Go - Part 1", Emma is introduced on the train with her sister, Kitty, annoyed by her taking selfies and takes her phone away. Emma makes it clear to the audience that she is in the competition to win, and shoots down Kitty's ideas of having fun. Later, she and Kitty choose "scares" in the either/or challenge, and are the second group to make it on the elevator. While doing the Skywalk, Emma tells her sister to focus on the game while as Kitty stops to take pictures near the edge. In the end, they reach the airport to make it on the second flight to Morocco.

Emma continues to berate her sister in "None Down, Eighteen to Go - Part 2", where during the spice picking challenge, Emma prohibits Kitty from helping, believing she will mess it up. However, when Emma downs her stew, she realizes that some of the spices were wrong. Emma is called out by Kitty for being the one to pick out all of the spices, but Emma simply glares at her, still believing that she would have made it worse. They make an eleventh place in the episode, which angers Emma and she tells her sister to start doing more. Kitty says she would love to do more, but Emma says she will tell her when she can do more.

In "French is an Eiffel Language", during the caricature drawing challenge, Kitty asks Emma about her dating life which Emma brushes aside believing that she needs to focus on winning the game and getting her law degree. It is revealed she has a boyfriend named Jake who broke up with her. They manage to place tenth in the race after being able to navigate through the catacombs and row their cheese raft to the finish line.

The sisters are able to do well in "Mediterranean Homesick Blues", as Emma was able to get a clue from the shark dorsal fins and successfully make a sand castle with Kitty helping. The two finish 9th.

Kitty's constant selfies keep getting on Emma's nerves in "Bjorken Telephone". Despite being the first team to finish the Icelandic sentence challenge, Emma insists that Kitty does not help her at all. While Kitty is taking selfies in the ice caves, Emma picks away and gets a fossil, pushing it all the way to the Chill Zone alone, the sisters finish 10th.

In "Brazilian Pain Forest", Emma does not approve of Kitty forming an alliance with Jay and Mickey due to her self-imposed "no alliance" rule. Although, Kitty reveals that Emma's acting like this due to being dumped by her boyfriend back home. Emma does allow a trial alliance with the adversity twins, which ended quickly as they crash landed in the chill zone due, tying for 7th with the twins.

in "A Tisket, a Casket, I'm Gonna Blow a Gasket", Emma becomes spooked to be at Dracula's castle while Kitty having an alliance with Brody and Geoff, Emma, tells the duo to go away.

in "Hawaiian Honeyruin", The sisters are playing charades with Noah and Owen As Owen fails to guess Kitty's actions, Emma asks Noah how he puts up with him, only to be stared at. In the Botch or Watch, Emma gave Kitty a "push of encouragement" into the water to find the wedding ring, telling her to think of their grandmother's place but with less old people. Emma was carried by her sister over the hot coal, where Noah stares at her in a loving way. The two finish 5th.

in "Hello and Dubai", Emma bumps into Noah but they have a conversation together. They decide to do the squeegee challenge but Emma does slip up in a private interview, saying "Noah distractions," and end up hanging when their lift malfunctions. She is saved by Noah after a tennis machine incident, and the group decides to use Owen as the squeegee after forming an official alliance. Noah lets Emma and Kitty finish 1st in this leg to show good will.

in "New Beijinging", Emma and Noah begin to warm up to each other where The pair dive with their respective partners in the stadium in two tries, after being blown away by the wind in their first attempt. Emma had to eat the skewer of fried foods but ends up puking after Noah accidentally spits his food on her. On the rickshaw ride on the Great Wall, their rickshaw breaks but the Pros help them out and are able to finish 2nd.

In "I Love Ridonc & Roll", Emma and Kitty catch up with the Pros inand do the sauna challenge together. After Owen freezes himself in the chilly waters, Noah suggests that Emma rides Owen to the other side, a suggestion that she follows. The sisters finish 7th but Noah and Owen are still behind due to Noah struggling to perform. Seeing that Mickey has regained his confidence, Emma turns his phobias of germs against him and allowing Noah to put on a good performance after Owen pep talks him, she realizes that she took Noah for granted and accepts her feelings for him.

Emma in her swimsuit.

Emma being in a selfie with Kitty. 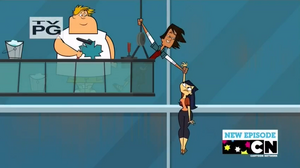 Emma shivering in the snow in her swimsuit, along with Stephanie.

Emma and Kitty hug each other after they're eliminated from the race. 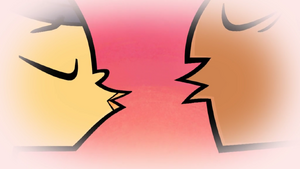 Emma and Noah about to kiss. 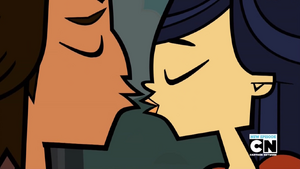 Emma and Noah again almost have their first kiss.

Emma tells Kitty to focus on the game in their first interview. 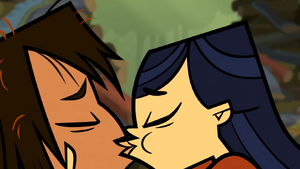