Daughter of Morgon and Christina Ross

Judging fashion while pretending to be Kitty Katouer and texting

Become the most popular girl in her school (succeeded), help people when they ask for her and maybe someday fill in her mother's shoes as a fashion designer.

Inept Egomaniac
Emma Evangeline Ross is the deuteragonist of the Disney Channel sitcom JESSIE and the main protagonist of its spin off series BUNK'D Season 1-3. She was born on 19th April, 1998, to Morgan Ross and Christina Ross in New York City. She is the only biological child in the Ross family. Emma is also the oldest child. She is currently 18-years of age and is in 12th grade.

Emma is a relatively bright but also somewhat lazy girl who occasionally comes off as dense although manages to get decent grades in school. Her main passion comes in the form of more artistic pursuits such as fashion, with her even having her own web show were she reviews and discusses different styles of clothing and stylists themselves. While occasionally being arrogant and cruel Emma overall is a geniunely sweet person and is extremely caring for both her friends and family.

Emma is a tall, slim teenage girl. She has light skin, blond hair, and blue eyes. She looks very similar to her mother, Christina Ross. 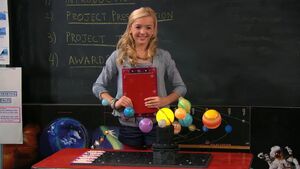 Emma with her Solar System Model 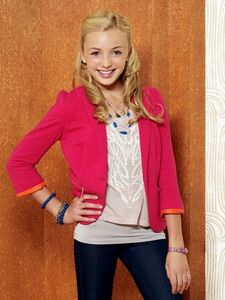