Heroes Wiki
Register
Don't have an account?
Sign In
Advertisement
in: Romance of the Three Kingdoms Heroes, Female, Honorable,
and 48 more

Monarch
Lady Bian (Chinese: 卞氏), also known as Empress Dowager Bian (Chinese: 卞皇后), is a minor character in the 14th-century Chinese classic novel Romance of the Three Kingdoms by the late Luo Guanzhong, and its multiple adaptations. She is the wife of Cao Cao and the empress of Wei kingdom.

When Lady Bian was born, the whole day was full of yellow light in the delivery room. At first, her father was very strange, so she went to ask the author Wang Dan. Having said that, Lady Bian still cannot help but fuck her family's despicable career and become a dancer, the family who made a living for a living is drifting around. After a few years, she came to Bozhou. At this time, Cao Cao often used as a deceitful warlord to returned to his hometown in order to avoid the evils of the nobles. Building a villa outside the hometown, reading and hunting. Right here, Lady Bian was brilliant and was seen by Cao Cao, but she was became Cao Cao's favorite wife. Shortly after the marriage, Cao Cao and Lady Bian gave birth to Cao Pi. When Cao Pi was born, there was a cloud of blue clouds covering it all day, shaped like the top cover of the same car. In ancient times, riding a car with an umbrella cover was an unusual specification and the cloud cover on this little baby was even more extraordinary.

Although the warlocks who had "looking at the breath" came to see the good and the bad, and when he saw this cloud cover, he suddenly felt awkward and thought that this little baby was extraordinary. The evil warlord Dong Zhuo entered Luoyang, he still felt that Cao Cao was a personal talent and wanted to reuse him. Cao Cao refused to take office and fled Luoyang with a few confidants. After Cao Cao escaped, Yuan Shu came to the news that Cao Cao died outside. This news made Cao's house a mess at a time, especially when he first relied on his subordinates, he felt that he had no heads and wanted to leave Luoyang and return to his hometown. As a woman who has been running in the rivers and lakes since childhood, Lady Bian is well-informed and very assertive. When the whole family is upset and uneasy, Lady Bian comes forward and takes care of internal and external affairs. Cao Cao's eldest son, Cao Ang, died on the battlefield. Lady Ding told him to divorced.

Lady Bian also gave birth to Cao Zhang, Cao Zhi, and Cao Xiong, so Cao Cao made Lady Bian as his wife. When Lady Bian still assists her husband, educates her children and treats her. Cao Cao has many childrens, many young childrens have lost the care of their mother. He is very appreciative of the talented wife of the successor and entrusts these children to Lady Bian, letting her take care of her. Lady Bian has no support for these children's life and mothers, they all raise their education with all their heart, which makes Cao Cao very comforting. After Cao Cao dies, Cao Pi took the throne and respected Lady Bian as the Queen Mother. After the establishment of Wei, Lady Bian was the Empress Dowager, and her residence was called Yongshou Palace. Cao Hong committed a major crime, Cao Pi had no choice but to borrow it. He often hated Cao Hong and wanted to take him to death. After Cao Pi's death, Cao Rui took the throne and revered as the Empress Dowager. After several years, she finally passed away. 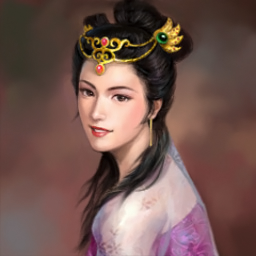 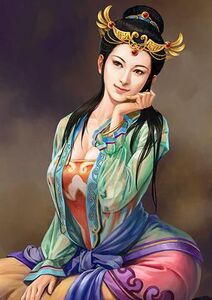 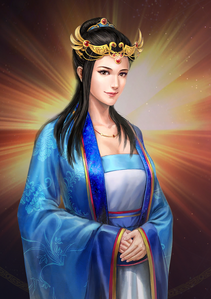 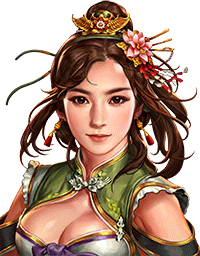