Help their husband to expand Shu.

Keep her husband out of danger.

Loyal Monarch
Empress Zhang (Chinese: 張皇后) is the name given to a group of characters in the Romance of the Three Kingdoms. They are an empresses of the state of Shu Han in the Three Kingdoms period and a wives of Liu Shan. In the Dynasty Warriors series, she is given the fictional name called Xingcai (Chinese: 星彩) in the games.

She is voiced by Junko Noda in the Japanese version, and by Carrie Savage, Wendee Lee and Rachel Delante in the English version.

Zhang's father is Shu General Zhang Fei, and her mother is Lady Xiahou, a daughter of Xiahou Yuan. She married Liu Shan in at the request of Liu Bei. When Liu Shan became Crown Prince, she received the title of Crown Princess.

In the same year she lost her father when he was murdered by his subordinates. After Liu Bei dies, Liu Shan became emperor and made her empress. Empress Zhang had no children. Later on, she is died in unknown.

Liu Shan's first wife, Empress Jing'ai, was her sister. She was also a daughter of Zhang Fei and Lady Xiahou, a daughter of Xiahou Dun. When her sister died in 237, Liu Shan adopted her as a concubine. The next year, he elevated her to empress.

Empress Zhang, much like her predecessor, but had no children. After the kingdom was lost to Wei, she and her husband were called to the Wei capital, Luoyang. Since her husband was appointed Prince of Anle, she should became a princess. While her fate is unknown.

In this incarnation, Empress Zhang is named Xingcai. She is a daughter of Zhang Fei and Xiahou Ji, a younger sister of Zhang Bao, and the wife of Liu Shan. Xingcai was said to be a mentally resilient woman who while bears the responsibility of enduring several hardships. Although many people are worried about her security affairs, but her strong determination prevents her from depending too much on them.

At some point, she has a close relationship with Guan Ping, thus they were make a lot of demands. Both warriors are the same age, she is respected by her family and has similar responsibilities to their country. Though Xingcai doing is own efforts in order to ensured the idea for her family.

In Dynasty Warriors 7, she often served as Liu Shan's closest and most loyal retainer and possible love interest, Xingcai practically as she never trying to blamed him in helplessly than how really thought that the various troops were very satisfied, even if her identity shall stayed and praise them in passing.

In Dynasty Warriors 8, Xingcai accompanied Liu Shan in Tianshui to participate on the battle, as well as worried about her family and friends and want Zhuge Liang make many regulations. Zhao Yun is so inevitably with could paying conflict as he kept his forces out of danger which revealed that Jiang Wei's arrival in worthy about fights with him.

Xingcai, Zhuge Liang, and Liu Shan are sees the two boys fighting in away, Zhao Yun jumping into Jiang Wei's trident while through flips hoping over it due to his perfecting athletic skills. Xingcai had reminds him to stops Wei forces before ended up by defeating Jiang Wei.

She would cheers up but had nothing afraid for him, Jiang Wei later surrendered by Shu, which he would does after defecting from Wei. During the Battle of Chencang, Xingcai could concentrate on advising Zhuge Liang, only to saw her brother eventually died in Guan Xing's hands. Most of the battles are failed, Shu forces were getting killed by Jin forces and Xingcai was seriously injured by them. 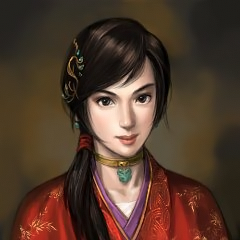 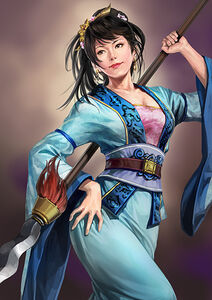 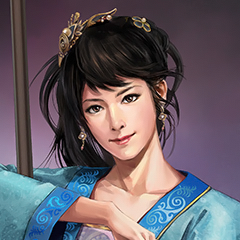 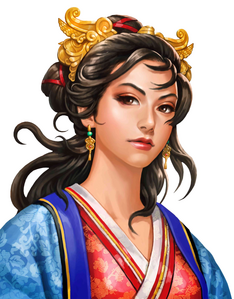 Romance of the Three Kingdoms: The Legend of Cao Cao portrait.
Add a photo to this gallery 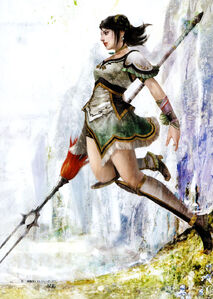 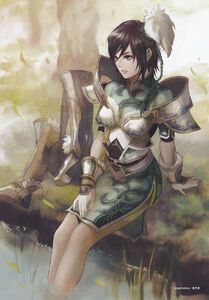 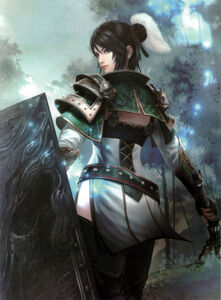 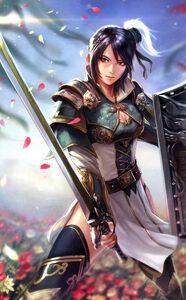 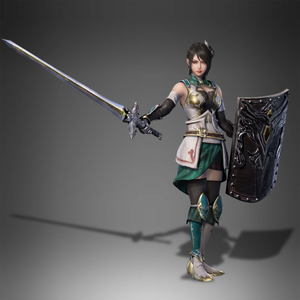 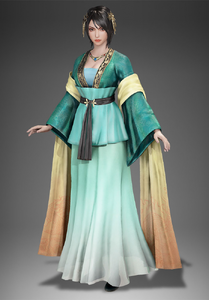 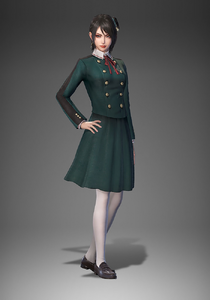 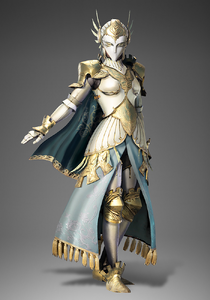 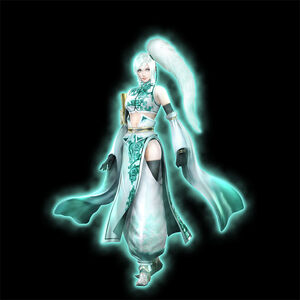 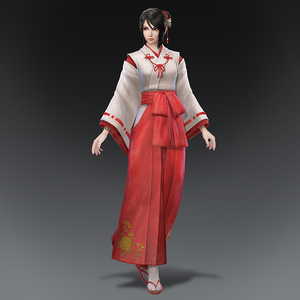 Warriors Orochi 4 downloadable costume.
Add a photo to this gallery 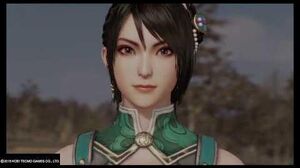 Retrieved from "https://hero.fandom.com/wiki/Empress_Zhang?oldid=2129224"
Community content is available under CC-BY-SA unless otherwise noted.