The Varden Ally
Ally of Elves and Dwarves

And are we together, Saphira? As one? I take that as a yes.Eragon to Saphira, asking if they are one, and agreeing upon see her breath fire for the first time.

Eragon is a teenage Dragon Rider and the protagonist of the Inheritance series and the 2006 adaptation film of the same name. He was the son of the veteran Rider Brom, who was known for founding the resistance known as the Varden and slaying the thirteen Forsworn, including their leader, Morzan, servant of the tyrannical king Galbatorix. Fifteen years after his birth, Eragon found a blue dragon egg in the Spine, which soon hatched into a female dragon named Saphira, who was bound to him. Eragon and Saphira eventually joined the Varden and seek to defeat Galbatorix and return the land of Algaeasia to peace.

He was portrayed and voiced by Ed Speleers, who also portrayed James Kent in Downtown Abbey, Stephen Bonnet in Outlander, Daniel Edwards in Battlefield 1.

Eragon Shadeslayer (then Bromsson) was born in Palancar Valley, around 16 years before the start of the Rider War.  He grew up with his maternal uncle Garrow and cousin Roran.

In spite of the series' success, the Inheritance cycle series also brought controversies and criticisms where the series' similarities with its inspirations such as Lord of The Rings series and Star Wars series proved too much. This also caused Eragon's portrayal and characteristic to be extremely similar with Luke Skywalker, which worsened his film portrayal in some ways, since he looked like a medieval counterpart of Luke Skywalker. Following similarities with Luke Skywalker that also brought the controversy are: 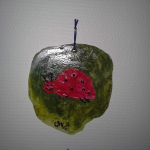 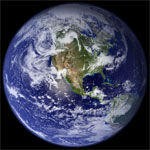